The Chicago Bulls are one of the best franchises in NBA history. Their recent history may not be great, but in the 1990s the Bulls established an unforgettable dynasty, winning six championships.

Obviously, talking about the Chicago Bulls is talking about Michael Jordan, who year after year led the team to glory, giving his best in every game. In addition to MJ, there have been other great players who have worn the Bulls uniform, such as Scottie Pippen, Artis Gilmore, Jimmy Butler, among others. Without further ado, let’s take a look at the 10 best players in Chicago Bulls history. 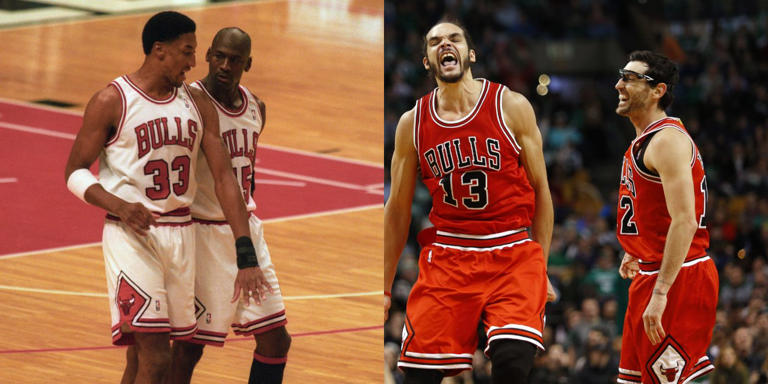 Here are the 10 Greatest Players in Chicago Bulls History

Artis Gilmore was a true phenom. He played seven seasons with the Chicago Bulls, and today he still ranks first in franchise history in blocks (1,029), sixth in rebounds (5,342), seventh in points (9,288) and third in Value Over Replacement Player (24.8).

Bob Love came to the Chicago Bulls in November 1968 from the Milwaukee Bucks in exchange for Flynn Robinson. Love played nine seasons in Illinois, averaging 21.3 points and 6.8 rebounds per game. He was a true offensive threat.

He was the Bulls’ top scorer for several years, with 12,623 points, until Michael Jordan and Scottie Pippen displaced him, but today he remains in the top three in that department.

Everyone talks about Michael Jordan and Scottie Pippen, but Horace Grant also deserves credit, as he was an important piece in the Chicago Bulls’ first three-peat. In seven seasons with the squad, he averaged 12.6 points, 8.6 rebounds, 2.4 assists, 1.1 steals and 1.1 blocks per game.

Joakim Noah played nine seasons with the Chicago Bulls, from 2007-08 through 2015-15. At his peak he was one of the best centers out there, dominant both offensively and defensively.

The Chicago Bulls selected Kirk Hinrich with the seventh overall pick in the 2003 NBA Draft. There were high expectations for this guard, which may not have been met, but he could still be considered one of the best players in franchise history.

Luol Deng was selected by the Phoenix Suns with the seventh overall pick of the 2004 NBA Draft, but he was traded to the Chicago Bulls before making his debut. Deng would end up becoming one of the best to ever wear a Bulls uniform.

Scottie Pippen was Michael Jordan’s right-hand man during the Chicago Bulls dynasty. Jordan was an unparalleled phenom, but it must be admitted that without Pippen history would not be the same.

Toni KukoÄ was an excellent player who played his part in the Chicago Bulls’ second three-peat. The Croatian small forward played seven seasons for the team, averaging 14.1 points, 4.8 rebounds, 4.2 assists and 1.1 steals per game, with a Player Efficiency Rating of 18.6 and a True Shooting Percentage of .535.