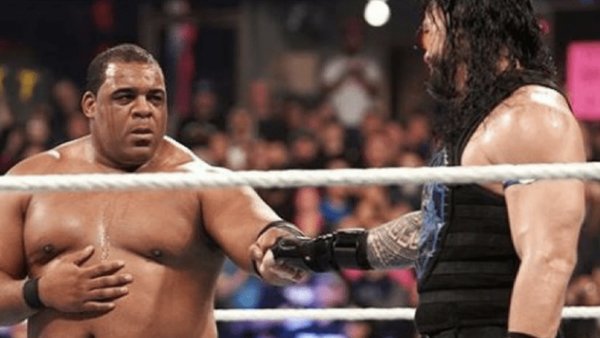 Over the years, we’ve seen WWE Superstars do their best to stand out from the rest of the locker room and earn their place in the company’s main event scenes. They work hard looking for that unique segment or match that will establish them as a legitimate main event for the company. Likewise, many Superstars who had those highlights went on to go on to great success in WWE and even captured multiple championships throughout their careers.

However, there are certain WWE wrestlers who still failed despite pulling off what they considered to be a career-defining performance. With that said, let’s take a look at ten of those WWE stars in the list below.

Cesaro made history by winning the inaugural Andre the Giant Memorial Battle Royal at WrestleMania 30. He put on an impressive performance in the match and eliminated The Big Show by bodyslamming him over the top rope to win the match.

However, there was no payoff to the huge victory, as Cesaro didn’t receive any title shots or other opportunities and had to settle with just the WrestleMania moment. The fans expected big things for Cesaro following the victory, but WWE failed to follow it up with some strong booking and continued to use Cesaro in the mid-card.

It’s not a regular sight in WWE to see a new upstart wrestler break out into the main event picture and prove that he could swim with the other big sharks. Damien Sandow did a similar feat when he rose to the main event scenes by winning the SmackDown Money in the Bank Ladder match at the titular PPV in 2013.

While everyone expected him to cash in the contract to become a world champion, he ended up losing the opportunity against John Cena. Following the loss, he slowly got demoted down the cards and ended up in a storyline as The Miz’s stunt double before getting released in 2016.

Following his call-up from NXT to the main roster in 2016, Finn Balor shocked everyone by defeating Roman Reigns to become the No.1 contender for the newly introduced Universal Championship. Balor defeated Seth Rollins at SummerSlam 2016 under his Demon King persona to become the inaugural Universal Champion. However, Balor’s breakout performance didn’t do him any long-time favors as he had to relinquish the title the next night on Raw after sustaining an injury while taking a buckle bomb from Rollins.

The fans expected WWE to give him a similar push after he returned on the Raw after WrestleMania 33, but Vince McMahon had already cooled off on the idea of making Balor a main event star, which resulted in Balor not getting his hands on the title to this date.

Keith Lee had a very successful stint in NXT and even went on to hold both the NXT and North American Championships at the same time. But before he could reach that moment, he proved his worth to the WWE main roster fans when the company included NXT in the brand warfare leading to the 2018 Survivor Series PPV.

Keith Lee represented Team NXT in the traditional Survivor Series elimination tag team match against Team Raw and Team SmackDown. He had such a good showing at the event and eliminated Seth Rollins from the match before getting pinned by Roman Reigns after being in the ring for over 30 minutes.

Having already made such a huge impact on the PPV, the fans expected big things for Lee on the main roster. But what happened was the opposite as Lee floundered in the mid-cards with no clear direction before eventually getting released in 2021.

After making his WWE debut in 2005, Mr. Kennedy slowly started to become a top heel for the promotion and had a decent undefeated streak and a United States championship run in his early days. But he went on to achieve even more success by winning the MITB Ladder Match at WrestleMania 23. The fans thought Kennedy would successfully cash in to win the WWE Championship like the previous two winners, but a misdiagnosed injury caused him to drop the contract to Edge.

But WWE tried to make things up for Kennedy by introducing him as Vince McMahon’s storyline illegitimate son, but an altercation with Randy Orton cost Kennedy both his push and his WWE career.

When Otis made his WWE main roster debut alongside his Heavy Machinery partner Tucker, the fans never expected him to venture out of the tag team division. But Vince McMahon took a liking to Otis and put him in an entertaining storyline with Mandy Rose and Dolph Ziggler, which ended with Otis defeating Ziggler at WrestleMania 36.

However, McMahon had more surprises as he had Otis win the MITB Ladder Match to the fans’ surprise. The fans were quite skeptical of the idea of seeing Otis as a world champion, and things played out the same way as Otis ended up losing the MITB contract to The Miz and getting pushed down the cards back to the tag team division.

WWE’s decision to revive ECW in 2005 led to a big push for Rob Van Dam as he found himself in contention for the WWE Championship at the second ECW One-Night Stand event in 2006. After winning the MITB ladder match at WrestleMania 22, he chose to cash in the contract for a WWE title match against Cena at One-Night Stand. He defeated Cena at the event to win his first major world championship and was also got awarded the ECW World Heavyweight Championship.

While the fans expected RVD to have a lengthy reign with the titles, he went on to ruin things for himself by getting arrested for drug possession. WWE instantly canceled his push and had him drop both titles in a matter of two days before handing him a 30-day suspension, and RVD never received such an opportunity in the company again.

When Shinsuke Nakamura won the 2018 men’s Royal Rumble match, the fans got hyped up to see a potential dream match between Nakamura and AJ Styles for the WWE Championship at WrestleMania 34.

WWE went down that path and had Nakamura challenge Styles for the title at the event, but while the fans expected The King of Strong Style to walk out as the new champion, Styles was the one who picked up the win to retain the title. WWE turned Nakamura heel after the match, which started his slow descent down the cards, and he is yet to recover from the damage made that day.

The Elimination Chamber is one of the most brutal match types in WWE history as the superstars would never be the same after having an outing inside the structure. But Shayna Baszler made a complete mockery out of her opponents at the titular event in 2020. She eliminated every contestant in the match to become the No.1 contender for the Raw Women’s Championship at WrestleMania 36.

However, WWE failed to capitalize on such a monumental victory and had Baszler lose the title match against Becky Lynch at WrestleMania. She then got pushed down the cards to the Women’s Tag Team title picture, but the fans still believe that she should’ve won at WrestleMania 36.

Not every WWE Superstar has the distinction of holding a clean pinfall victory against The Undertaker, let alone a newcomer. However, that’s what exactly happened on the February 27, 2009, episode of SmackDown, where Vladimir Kozlov scored a clean victory over The Deadman.

He was already a part of the WWE title picture with Triple H and Jeff Hardy, and the victory against The Undertaker gave rise to the rumors that Kozlov was going to win the WWE Championship from Triple H. However, it never came to fruition as WWE lost interest in Kozlov and slowly pushed him down the cards, and made him into a comedy act before his exit from the company in 2011.

10 Breakout WWE Performances That Led To Nothing