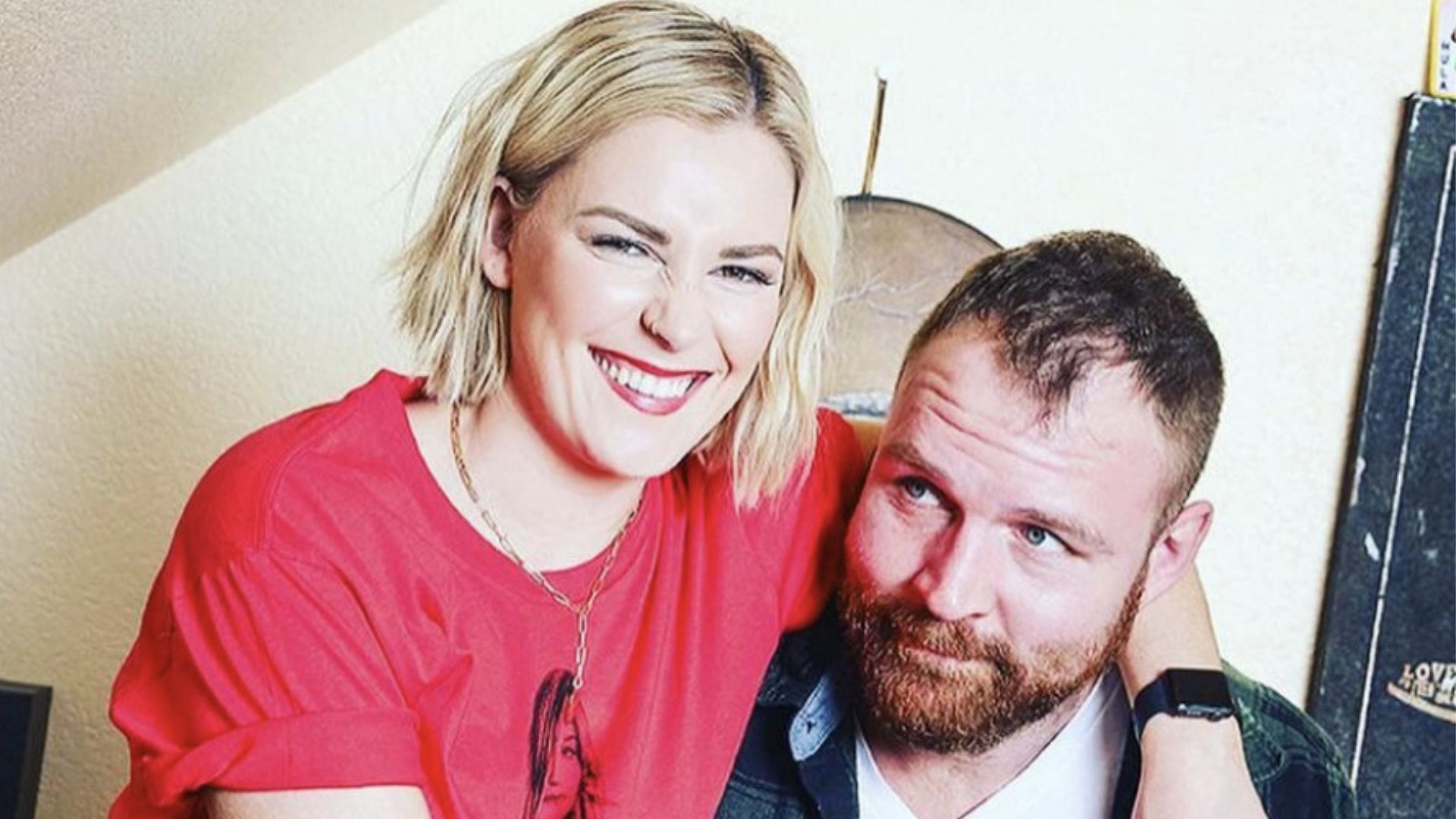 10 Things AEW Fans Didn’t Know About Jon Moxley and Renee Paquette’s Relationship: It Was Love At First Sight For Moxley, Renee Was The First To Go Public, Who Said I Love You First? and more

Jon Moxley and Renee Paquette are one of the most popular couples in the pro wrestling industry at the moment. While Moxley is an established high-profile wrestler who is the current reigning AEW World Champion, Paquette made her mark in the industry as an interviewer, commentator, panelist, and podcast host.

They became a couple during their time together in WWE and got married in 2017. They are perfect examples of how a couple could enjoy success in different ways in the same industry. While the fans got to learn quite a lot about them over the years, here are ten things they might not know about Jon Moxley and Renee Paquette’s relationship. 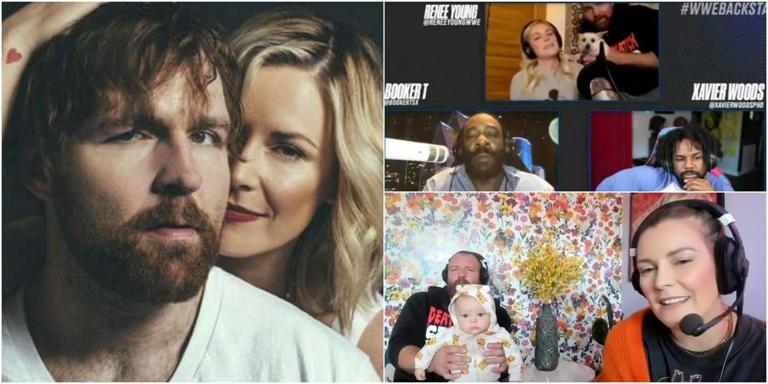 Got Married In A Private Ceremony

Unlike other couples, Moxley and Paquette did not put too much emphasis on planning a dream wedding for themselves and instead chose to go with the flow. There were even no reports about them getting engaged, but when the news broke out about their sudden wedding, the fans were absolutely overjoyed for the couple.

Reports stated that Moxley and Paquette got married in a private ceremony in their backyard. They called in a 24-hour pastor and tied the knot in a secret ceremony without any family members present with them.

How Renee’s Family Reacted To The Secret Wedding

Getting married in a private ceremony without any family members present would get most couples in trouble with their families. But Renee Paquette revealed that her family was so excited when she told them about the wedding the following day.

She also revealed that her family loves Moxley, especially her mother, and that could be one of the reasons they were not mad at the couple for tying the knot in a super-secret ceremony.

Jon Moxley Got Renee In Trouble With WWE Officials

Renee Paquette continued to work for WWE even after Jon Moxley jumped ships to All Elite Wrestling. He quickly went on to become the AEW World Champion, while Paquette became the host of WWE Backstage on Fox Sports 1 alongside Booker T.

During the pandemic lockdown, the show continued to go on digitally, with the panelists joining from their homes. However, Moxley chose to play a prank on his wife and made a quick cameo on the show. The act reportedly earned Paquette some heat from the backstage officials, as Moxley was the world champion of a competing promotion. Maybe he knew exactly what he was doing and did it to get his wife fired from WWE, so he could’ve taken her to AEW with him much sooner than now.

Moxley Thought Renee Was Too Good For Him

It is common for a man to feel that he’s getting things that are too good for him when they have a bit of low self-esteem. Moxley revealed in an interview that he also felt the same way about having Renee Paquette in his life and that she was too good for him.

Despite feeling that way, Moxley was also pretty sure not to miss Renee at any cost and playfully stated that he has his claws inside her, so she can’t sneak out on him.

Renee Was The First To Go Public

Like any other famous people, pro wrestlers would also think twice before revealing personal details of themselves to the public, either through social media or any other outlets.

Likewise, Moxley and Paquette kept their relationship a secret for a long time to avoid drawing unwanted attention toward them. While Moxley remained tight-lipped about their romance, Paquette couldn’t continue to keep the secret and went public through social media in March 2015. They got spotted by some fans while they were traveling together, so Paquette chose to go on with the announcement before someone else put it on the internet.

It Was Love At First Sight For Moxley

Sometimes the heart would exactly know what it wants and has its own way of letting people know to go after it. Likewise, it was love at first sight for Moxley when he first saw Renee Paquette in WWE back in 2013.

Moxley was reportedly the one who made the first move and started acting all flirty with Paquette. She stated that she didn’t realize Moxley was interested in her at first but found out it was true after the other women in the locker room made her realize it.

Their Battle With Internet Trolls

When they came out as a couple in 2015, they received tons of congratulatory messages from friends, colleagues, and fans. But they also got some unwanted messages from internet trolls, especially from Moxley’s fan girls.

Since Moxley doesn’t have any social media accounts, Paquette took the full force of the troll messages and abusive comments. But she did receive some support from her colleagues and friends, including from the likes of former WWE superstar Summer Rae in battling out the trolls.

They continued to work together in WWE after their wedding, and The Miz brought their relationship out in storyline while he was in a feud against Moxley in 2016. Renee Paquette slapped The Miz after he made a disrespectful remark, which prompted the latter’s wife Maryse, to slap her back the following week.

WWE’s original plan was to have Moxley and Paquette compete in a mixed tag team match against The Miz and Maryse at WrestleMania 33. But the plans changed, and the opportunity went to John Cena and Nikki Bella instead. If it had gone as per the original plan, we would’ve seen Renee Young making her in-ring debut at the Grandest Stage of them All.

After their wedding in 2017, Renee Paquette got pregnant with their first child in November 2020. Moxley announced the news to his AEW fans live on an episode of Dynamite, and the couple received tons of messages and love from friends, colleagues, and fans.

Paquette gave birth to their daughter on June 15, 2021, and the couple gave the name Nora Murphy Good to their child.

Who Said I Love You First?

A couple can go on as many dates as they want and continue to know each other, but the first “I love you” instantly takes the relationship to the next level, and it’s always a cute and friendly competition between the couple as to who would say it first. Since Moxley was already blindly attracted to Renee Paquette and made all the attempts to ask her out, he had no problem in being the first one to say the three words.

Paquette revealed that Moxley didn’t put any feeling behind the words and just simply uttered the phrase like a question like ‘You know I love you, right?’ Renee knew Moxley was a laid-back and casual person, and she understood the sincerity behind the phrase and chose to spend the rest of her life with him.