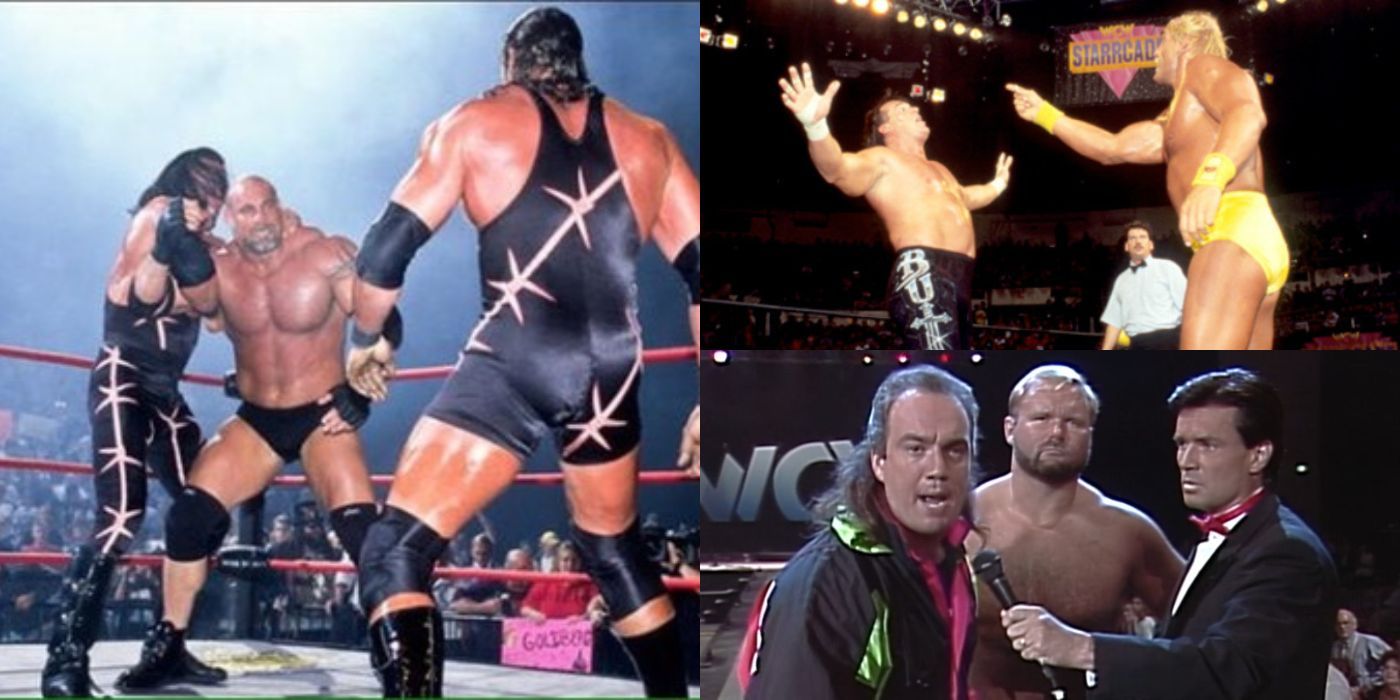 WCW remains the promotion that offered the biggest challenge to WWE’s bastion at the top of the professional wrestling industry, but while it boomed in the 1990s, there were a number of pay-per-view events that didn’t end in the best way. favorable.

Whether it was the issue of terrible overbooking, injuries, the wrong person winning, or even the result of production issues, some PPVs went off the air leaving a bitter taste in fans’ mouths. Unfortunately, WCW’s booking got worse and worse as time went on, with the final years of the company’s life offering some of the worst pro wrestling content of all time. 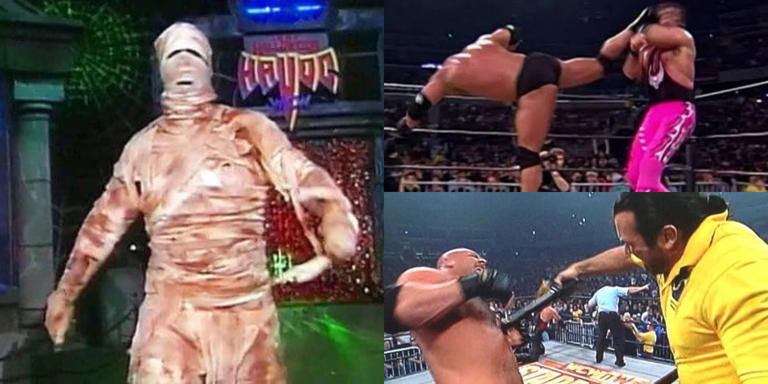 It must be noted that the main event bout between Goldberg and Diamond Dallas Page was a very enjoyable match, and one of Goldberg’s better bouts. However what made this a terrible ending was due to the PPV feed cutting out for many fans just before the main event began.

This was due to WCW not notifying stations of an overrun, with the last thing fans seeing being the truly disastrous and awful match between Hulk Hogan and The Ultimate Warrior, which certainly was not a good way to close out a show.

On a card which had matches like Sting vs Jeff Jarrett and Booker T vs Scott Steiner for the WCW World Heavyweight Championship, it was a baffling choice to have an already established Goldberg compete in a squash match in the main event.

Goldberg defeated KroniK in a 2-on-1 elimination match in three minutes, with that simply just being the main event, with no overbooking or classic WCW mayhem. It was a completely underwhelming way to end what is supposed to be the biggest show of the month.

The idea of Jake Roberts losing a match due to his own snake turning on him is pretty neat and intuitive, but unfortunately, the execution of this finish didn’t go to plan. At the end of a fairly average Coal Miner’s Glove Match (which was a lackluster way to main event a show anyway), the snake was supposed to bite Roberts.

It didn’t cooperate, so Roberts had to bring it up to his own face and pretend to be bitten, trying to make the snake open its mouth. WCW zooming in on the shot showed fans how choreographed and goofy the whole thing looked, with the main event making itself a mockery.

This was chaotic, weird, and up there with the worst endings to a PPV ever. Earlier in the night, Hulk Hogan and The Giant had battled in a Monster Truck fight, which was weird enough, with it being even weirder that The Giant fell off the arena roof, only to appear unharmed in the main event.

This event of course will be remembered for the arrival of The Yeti, who was… dressed like a mummy? And then he proceeded to grab Hogan in a weird scene. The Giant would then win the title via DQ, per the stipulation, only for the decision to end up getting reversed later on anyway, nullifying everything that happened.

The match between Bret Hart and Goldberg was a complete disaster for multiple reasons. Of course, this was infamous for Goldberg delivering the kick which would ultimately end Hart’s wrestling career, but that wasn’t the only bad thing about this bout.

WCW decided to pull off a worked mimic of the Montreal Screwjob, which has never gone well. It was a poor booking choice capped off with a disastrous botch.

There will be some debate about the main event of this show protecting Goldberg, but the ending of his iconic undefeated streak should have been handled much better than this.

Scott Hall zapped Goldberg with a stun gun towards the finish of this match, which allowed Kevin Nash to become the first person to ever beat Goldberg. It felt flat despite it being a big deal, as it was quite a goofy way to make the finish not clean.

The feud between Hollywood Hogan and Sting had been built up for a long time, and it was finally the moment in which Sting should have been crowned as the WCW World Heavyweight Champion, overcoming the heel. However, he lost… at first.

Following Hogan’s win, Bret Hart emerged to accuse the referee of a fast count, but it simply just wasn’t that fast, with the finish clearly being screwed up. From there, Hart somehow became the referee, restarted the match, and Sting won. However, his big crowning moment was completely zapped of what could have been a mega pop with a convoluted and botched ending.

Sid Vicious’ horrifying injury will likely rest in the mind for many when thinking of this main event, with the match somehow continuing despite his leg being shattered. It was uncomfortable to sit through, and that was without the rest of the match being terrible too.

WCW decided to introduce Road Warrior Animal as a big surprise in this match, but the audience couldn’t have cared less. WCW in 2001 produced some of the worst content ever seen in wrestling, with this show being no different.

The Four Corners Strap Match between Hulk Hogan and Vader didn’t have the World Title on the line for some reason, but that wasn’t what made this match bad. The terrible part came with the gross overbooking and horrific finish.

There were countless interferences, including an appearance of WCW’s Ultimate Warrior rip-off in The Renegade. The match somehow ended with Hogan dragging Ric Flair to the four corners instead of Vader, with Hogan winning the match due to this.

The steel cage match between nWo members Randy Savage and Hulk Hogan main evented over the World Title match, likely due to Hogan’s sway. This would have been fine if the match had been good, but after a fairly mediocre clash, the ending fell into disarray.

Brutus Beefcake returned as The Disciple, leading to Sting making an appearance to make the save, only for Savage to decide to turn and attack Sting, making the whole match feel pointless. It was shenanigans in the worst of ways.