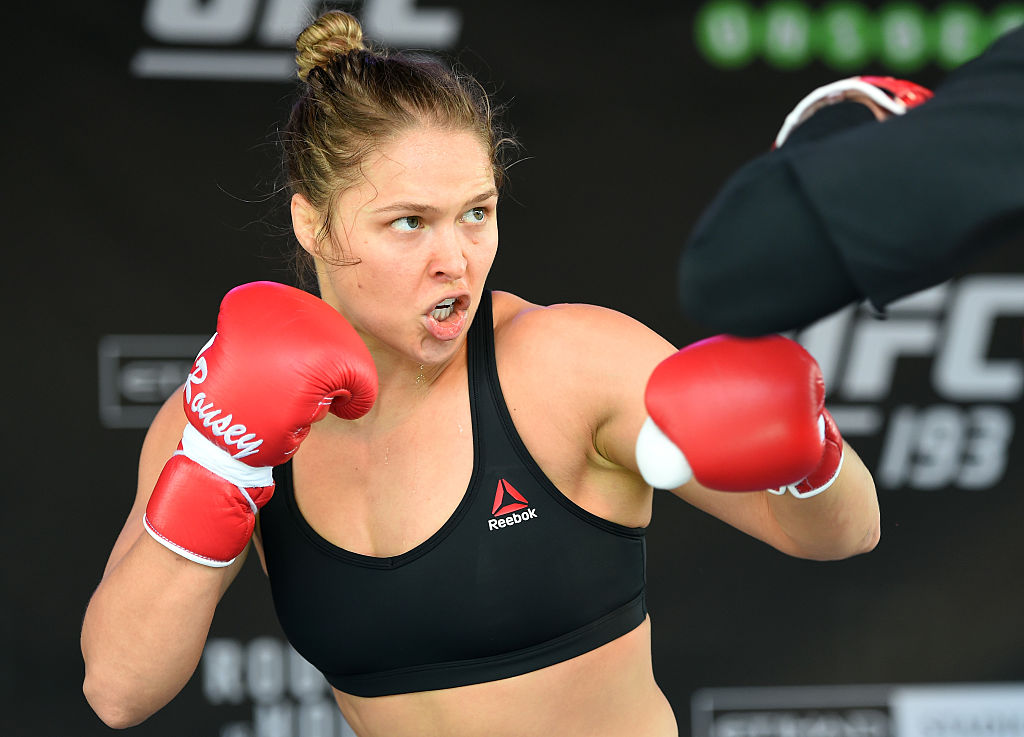 When fans think of the current crop of WWE Superstars, they immediately think of their wrestling careers. However, while many of them have only focused on that sport from a young age, there are many others on the list who have done many other things as well.

Not all of them come from wrestling their entire lives, which allows them to go and do other things as well. This is why many of WWE’s superstars have been able to lead fascinating lives long before they entered a wrestling ring to work for WWE.

Baron Corbin has been a top WWE Superstar from the moment he joined the company, being pushed heavily in NXT and on the main roster. But, long before he started taking bumps inside the ring Corbin had already lived an interesting life in several different sports.

He is a former Golden Gloves champion in the world of boxing, showcasing he has a legitimate fighting background to go alongside wrestling. However, he also played in the NFL for the Indianapolis Colts and Arizona Cardinals.

Carmella has always had a gift when it comes to entertaining people, which is something that she did long before becoming a WWE Superstar. Before she embarked on that journey, Carmella tapped into her ability to dance as she was a Laker Girl.

That was a big part of her life before wrestling, performing regularly while she was also involved in different modeling opportunities, both of which came together to provide confidence and star power.

Dana Brooke has one of the most impressive physiques on the current WWE roster, and while that is important to her now it was even more so before she joined the company. That’s because Brooke comes from a past in bodybuilding, where having a great physique is crucial.

She competed at a high level in the sport, putting a lot of effort into looking right and being in the best shape possible. That certainly worked out for her in that sport and caught the attention of WWE at the same time.

Few members of the WWE roster have lived a more intriguing life before stepping into the ring than Logan Paul, who pushed himself to incredible heights in a variety of ways. Paul is a major celebrity, and that is down to a successful career on YouTube alongside his brother, Jake.

Paul has been able to tap into a variety of different markets through that, which has also seen him have the chance to fight Floyd Mayweather inside a boxing ring or appear in several television shows.

A lot of professional wrestlers tend to train in elements of MMA nowadays, blending that into what they do inside a professional wrestling ring. However, few can claim that they have spent time inside an octagon, and even fewer have done it to the level of Matt Riddle.

The popular star is a former UFC fighter, which is what he did before embarking on a journey into professional wrestling. The fact he has been able to dominate and impress in both sports is a credit to himself, showcasing the skills he has when it comes to fighting.

Reggie isn’t someone that gets shown a lot on WWE television, but when he does it is always clear just how athletic he is. Reggie can perform some wild moves inside the ring as he flips and dives his way around in a truly innovative way that few others are capable of.

A big reason for that is because of his life before wrestling, which saw him involved in the circus. The former 24/7 Champion is an acrobat and a showman who knows how to capture the attention of a crowd, which he did during his time in Cirque du Soleil.

Ridge Holland is one of the main roster members still, with the Englishman not being someone that has been around for too long. However, his hard-hitting style has proven to be popular amongst fans, and as a member of The Brawling Brutes, he has been a top star on SmackDown.

But before he even got involved in the wrestling business Holland was a top sporting athlete as he was a professional rugby player. It is a sport that is notoriously difficult and physical to play, yet Holland was able to thrive in that industry by playing in the Super League.

Before she even got to WWE, Ronda Rousey was a household name who had become a major celebrity through her sporting achievements. Whether it was competing at the Olympic Games or dominating inside the UFC, Rousey had lived quite the life.

That allowed her to branch out into the television and movie industry as well, showcasing her acting chops as well as being a tough fighter. It meant that she had all the tools to become a WWE Superstar, which she has proven since joining the company.

Because of how many years The Miz has dedicated to being a WWE Superstar a lot of fans just see him in that light now, rather than being someone who did other things first. However, Miz originally burst out into celebrity status through reality television when that concept was just starting.

Miz was part of “The Real World” back in 2001, and that is how he ended up becoming a star originally. Of course, Miz was always a big wrestling fan, and becoming a WWE Superstar was a legitimate goal for him, but he did get to live an interesting life first.

Being a footballer is often a great stepping stone to professional wrestling world, and Top Dolla is one of the current stars that took that career progression. The Hit Row star performed in the NFL, primarily for the Seattle Seahawks and Washington Redskins, putting together a strong career.

While he was playing for the Miami Dolphins, Top Dolla also decided to become an Uber driver during the off season, showcasing his work ethic and adding another interesting dimension to his life.

10 WWE Wrestlers Who Had Interesting Lives Before Their Careers Began