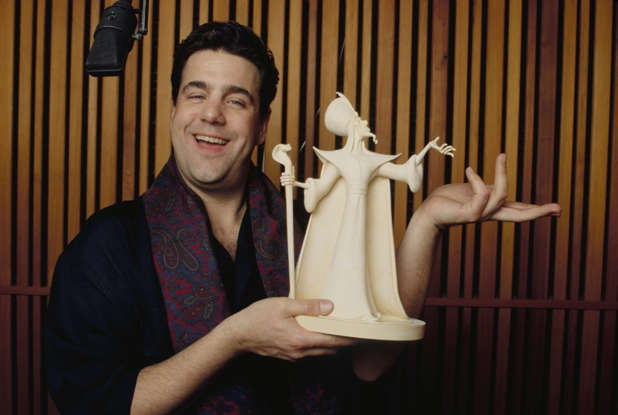 20 facts you might not know about ‘Aladdin’: It got a live-action remake, There were two sequels, They also made Williams quite angry, It won two Oscars, It was hugely successful, A lot of Disney references were slipped in, Iago was changed during the process

Here are the 20 facts you might not know about ‘Aladdin’

1. It got a live-action remake

Live-action remakes are to the last decade what direct-to-video sequels were to the 1990s at Disney. In 2019, Disney produced a live-action update on the film. This time, another star played Genie, namely Will Smith. The movie was quite successful, as it made over a billion bucks in the box office.

2. There were two sequels

In the 1990s, Disney loved direct-to-video sequels. You know, VHS tapes they could sell to kids that loved the original. The Return of Jafar came out in 1994, but Dan Castellaneta voiced Genie, as Williams refused to return after the marketing kerfuffle. However, a public apology managed to assuage Williams eventually, and he returned to voice Genie in 1996’s Aladdin and the King of Thieves.

3. They also made Williams quite angry

Williams did Disney a solid, agreeing to a SAG minimum salary of $75,000, well below his usual asking price. In return, Williams wanted his name and image not to be used at all to promote the movie, and for Genie to not appear in more than 25 percent of advertising. The reason was that Williams’ movie Toys was coming out a month after Aladdin. Disney said they would agree to that, but then went back on it pretty fast. Williams was angry and made his disappointment known. To try and assuage him, Disney sent him a Picasso worth over $1 million, but it didn’t work.

Aladdin got five nominations from the Academy Awards. That includes two for Best Original Song, one for “Friend Like Me,” and one for “Whole New World.” The latter won the song category, and the movie also took him Best Original Score.

5. It was hugely successful

The Little Mermaid helped get Disney back on track. Aladdin took it into the stratosphere. It became the highest-grossing animated film of all time and also became the first animated movie to make over $200 million in the United States and Canada. All in all, it made $504 million worldwide.

6. A lot of Disney references were slipped in

If you look closely, you can see brief appearances from Pinocchio, the Beast from Beauty and the Beast, and Sebastian from The Little Mermaid in the movie. Additionally, Musker, Clements, and some other staff at Disney were the basis of background characters to give them all “cameos” as well.

7. Iago was changed during the process

Originally, Iago was envisioned as a stuffy British parrot. Then, of all things, Beverly Hills Cop II changed the direction of the character. The directors saw Gilbert Gottfried in that movie, liked him, and cast him as Iago, thereby changing everything about Jafar’s sidekick.

8. Williams got to do his thing

Improvisation in animation is often limited. After all, whatever is being said has to then be animated into the movie. Williams’ whole style was built on improv, though, and the directors let him do his thing. The actor got to ad-lib most of his dialogue, and often, he was just given plot points he had to hit. Goldberg, who was in charge of animating Genie, would listen to Williams’ improvised lines, choose the ones he liked he best, and those would be animated.

9. Williams had to be convinced to take the role

Williams wasn’t sure about voicing Genie at first. To pitch the actor on the part, Musker and Clements had supervising animator Eric Goldberg animate Genie over one of Williams’ standup routines. Williams loved it and signed on.

10. A few actors were considered for Genie

Musker and Clements envisioned Robin Williams as Genie. He was designed to resemble Williams. And yet, Williams wasn’t a lock to get the role. Katzenberg had also considered John Candy, Steve Martin, and Eddie Murphy for the role.

Jonathan Freeman was cast as Jafar, the first of the main characters to be cast. As he worked on the voice, though, it began to change. He was originally going to be an irritable, high-strung character, but it was decided a calm, collected villain would be scarier and play better off Aladdin and Jasmine.

12. You may have seen the actor that voiced Aladdin

Scott Weinger isn’t a household name, but he’s a familiar face to many ‘90s kids. The actor played Steve on Full House, and later reprised the role in Fuller House. To get the part, Weinger made an audition tape at home with his mom reading the part of Genie.

13. Aladdin was designed after a specific actor

The age of Aladdin’s character fluctuated in the production process. At first, he was going to be around 13, and they were going to base his look on Michael J. Fox. They decided that was too young, though, and boosted his age to 18. Then, they based his look on another actor, namely Tom Cruise.

14. The character designs were inspired by an artist

There is a good chance you have seen the caricature work of Al Hirschfeld. He is the most famous caricaturist of all time. If you aren’t familiar, you are at least familiar with his style. The artwork and character design of Aladdin was inspired by Hirschfeld’s work.

15. The story was moved to a fictional city

To his credit, Katzenberg didn’t just ask for a completely new script without any notes. He also didn’t mince words. One his notes was, “Eighty-six the mother. The mom’s a zero.” And with that, Aladdin’s mother was removed from the story.

17. ‘Aladdin’ came to a grinding halt

Musker and Clements wrote up a screenplay and created a story reel, which they presented to Jeffrey Katzenberg, the head of the studio. This was in April 1991, and it led to what became known as “Black Friday” in Disney circles. Katzenberg didn’t like the script at all and asked for a page-one rewrite. However, he did not move the release date back from Nov. 25, 1992. Animation takes a long time, so there was a lot of pressure on Musker and Clements.

18. The original vision of Genie was quite different

When Ashman was envisioning Aladdin, he had a specific idea for the genie character in mind. He was imagining a 1930s-style musical, and thought Genie would be in the vein of a Cab Calloway type. If you don’t know who Cab Calloway is, watch The Blue Brothers some time.

19. The directing duo had their choice of projects

Ron Clements and John Musker had directed The Great Mouse Detective and The Little Mermaid, the latter of which kicked off a revitalization of Disney animation. They were given their choice of three projects to direct and opted for Aladdin. They picked that over an adaptation of Swan Lake or a movie called King of the Jungle. Swan Lake was never made, but King of the Jungle became The Lion King.

20. The project started with a classic Disney pair

Howard Ashman first pitched the idea of adapting the story of Aladdin in 1988. He and his partner Alan Menken then began working on songs for the film. In addition to creating Little Shop of Horrors, the duo worked on songs for The Little Mermaid and Beauty and the Beast as well. However, Ashman tragically died of complications from AIDS in 1991, before Beauty and the Beast or Aladdin were released. Three Ashman and Menken songs made the final cut for Aladdin.

20 Facts You May Not Know About ‘Aladdin’

If you had three wishes, would one of them be a movie about a fast-talking genie and a good-hearted street rat with a monkey friend? Then Aladdin is right up your alley! Disney’s classic animated film remains beloved and features the ultimate cinematic genius. What would be your pleasure? Hopefully, that’s 20 facts you may not have known about Aladdin.

10 Facts You Might Not Know About ‘Aladdin’ [With Image]

8 thoughts on “20 Facts You Might Not Know About ‘Aladdin’”