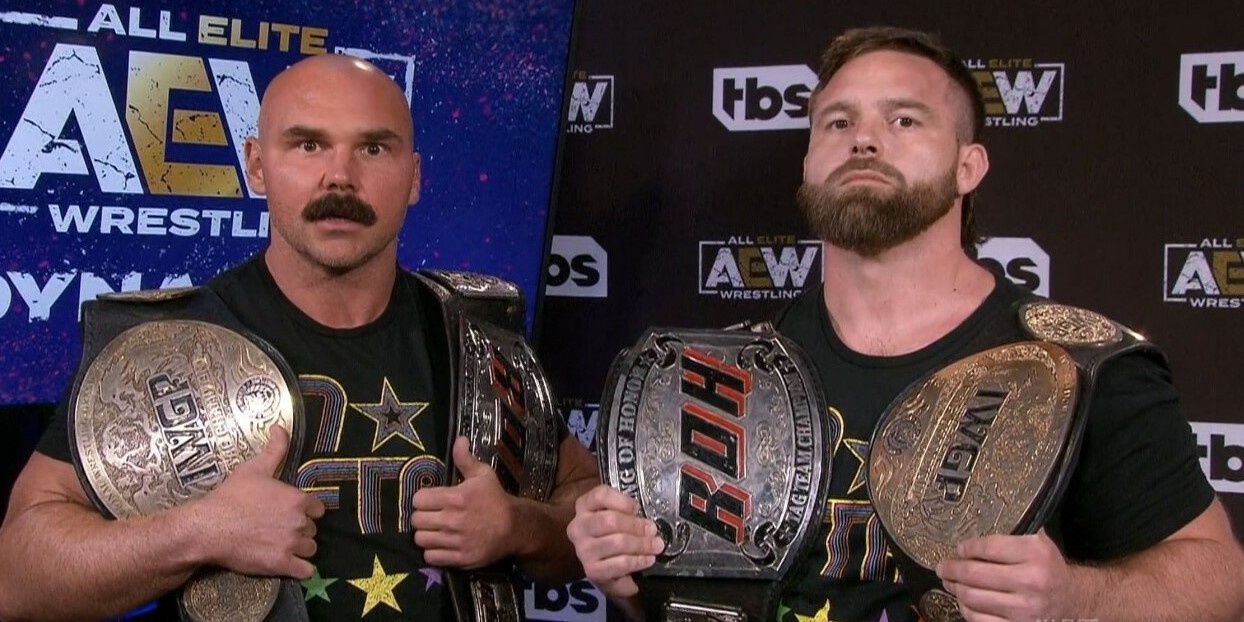 Dax Harwood is teasing some sort of last hurrah for himself and his FTR teammate Cash Wheeler.

Harwood and Wheeler – FTR – have long been considered the best tag team in the world. Not only are they decorated as tag teams – they still hold three tag titles concurrently – but fans and wrestling journalists alike have praised the sheer quality of their matches.

“All we’ve ever wanted to do in life was be a professional wrestler. Height, body-type, accent, life situations, we had all of it against us. Now, we leave a body of work I think we can be proud of.

When we started this journey in 2014, we tried to make sure we were always different from the everyone else wrestling currently. We also wanted to work so hard that eventually we’d go down as one of the greatest tag teams to ever do it. I’m not sure if we have reached that, but we’ll damn sure keep trying.

Thank y’all for going on this journey with us. Not sure where the next few years will take us, but I can’t wait for One Last Run. Top Guys, out.”

FTR’s immediate future looks a bit bleak as they won’t be adding the AEW Tag titles to their collection. They lost a #1 Contenders match to Keith Lee & Swerve Strickland, despite being considered the top-ranked tag team in AEW.

Article Originally posted on:- Dax Harwood “Not Sure” About FTR’s Future – TJR Wrestling