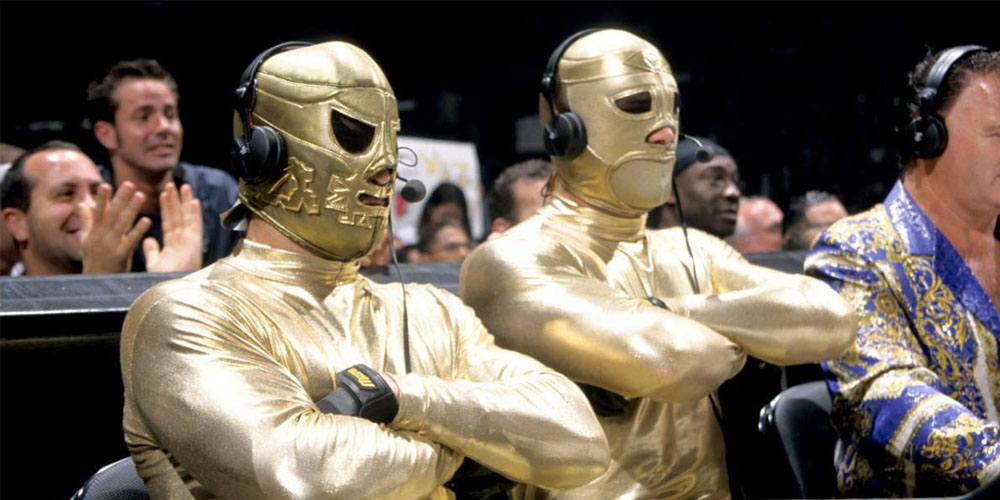 Matt Hardy has revealed that something nearly went terribly during a match when Edge was performing under a mask.

In 2000, the Hardy Boyz team of Matt & Jeff Hardy faced off against Edge & Christian many times. The Hardys were the popular guys while E&C were the crafty bad guys that made a lot of jokes.

There was a storyline in place where Edge & Christian were not able to challenge for the titles as themselves again, so they donned the look of “Los Conquistadores.” They were called “Uno” and “Dos” (which translates to One and Two in Spanish) while wearing gold bodysuits and masks.

On a recent episode of The Extreme Life of Matt Hardy podcast, Matt talked about the feud including a match at No Mercy 2000 when Los Conquistadores beat the Hardys to win the WWE Tag Team Titles. Matt recalled when Edge had a potentially serious issue with a spraypainted mask:

“They didn’t have enough masks when we got to the building,” Hardy said. “I wanna say there was one. They went out to a mall and bought some masks. I wanna say it was some famous Mexican masks or whatever. Adam’s mask, Edge’s mask, was actually spraypainted gold. He almost suffocated. He almost passed out because he was wearing a mask that had been spraypainted just a couple of hours earlier.”

Matt added a theory about the spray-painted mask.

“I would guess that [the spraypainted mask] is the mask that was on underneath once the top mask came off.”