How to Spend Bitcoin? Here Is the few Guide 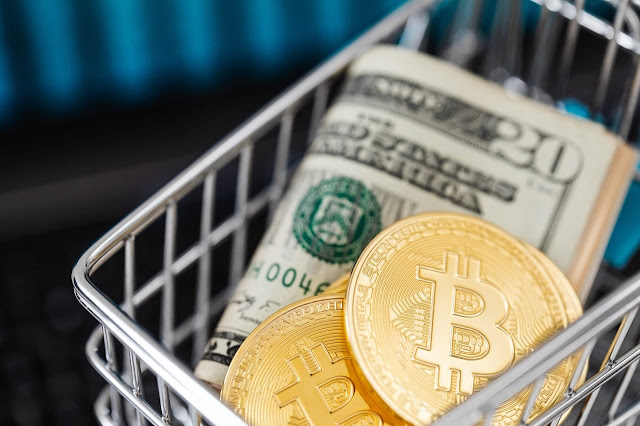 How to Spend Bitcoin? Here Is the Guide

As more people get involved in and invest in cryptocurrencies, the big question some people have is: how do they spend the cryptocurrencies they have collected? This has made many people skeptical because they believe that cryptocurrencies are not ready to be used as day-to-day currency.

Being the rave right now, the good news is that some companies have started collecting it as a source of payment as it can be an investment for them too. So if you already have coins in storage or are about to enter the world of cryptocurrencies, here are some of the ways you can spend your cryptocurrency:

What is Bitcoin (BTC)?

Bitcoin is a decentralized cryptocurrency originally described in a 2008 whitepaper by one person or group of people, using the alias Satoshi Nakamoto. It was released shortly after, in January 2009. Bitcoin is a peer-to-peer online currency, which means that all transactions occur directly between equal and independent network participants, without the need for any intermediary to allow or facilitate them. Bitcoin was created, in Nakamoto’s own words, to allow “online payments to be sent directly from one party to another without going through a financial institution.”

Some concepts for a similar type of decentralized electronic currency precede BTC, but Bitcoin has the distinction of being the first cryptocurrency to come into actual use.

You can always pay your bitcoin to help a cause you believe in, like a charity. Consider your favorite blog post or a cause you found online that you want to donate to; One of the easiest ways to do this is to give away bitcoins that can be appreciated over time. Giving in this way helps due to the anonymity of cryptocurrencies if you want to remain anonymous.

If you own a charity or run a non-profit organization, you can set up a wallet to receive crypto as one of the accepted donation methods.

Brands like Microsoft have started offering video games and accepting bitcoins as a source of payment. Some applications are also paid with bitcoins. If you are a gamer or a cryptocurrency enthusiast, gaming is one way to spend it.

Now there are bitcoin restaurants that accept bitcoin as a way to pay for food. All you have to do is have your wallet and be ready to transfer the amount you used to order food. Some cafes and coffee shops accept it, with an example of a café in Prague that only accepts bitcoins.

With travel companies like Expedia and CheapAir, you can quickly pay for your hotels or book your flight by paying with bitcoin. Some car dealers are working to accept bitcoins as payment, including technology that allows you to pay for fuel with bitcoins.

This is a retail store where you can use your bitcoins to buy household items. Use Coinbase to process payments.

Almost everyone wants to go to space, and Virgin Atlantic wants to make space tourism a reality, and not surprisingly, you can pay for your trip to space with bitcoin.

Wikipedia is a non-profit organization that works based on the donations it receives, and you can donate to them with bitcoin.

Do you like technology and gadgets in general? You can pay for all your device needs with bitcoin in the new egg.

Domain names are essential to getting a new website and can cost a lot of money. Name cheap now accepts bitcoins as payment for a new website or domain name.

Food is essential to everyday life, and now you can turn your bitcoins into a hot pie at PizzaforCoin, which may now be your favorite pizzeria.

More businesses are accepting bitcoin as payments now, and payment processing platforms are starting to recognize Shopify, square, and stripe similar to bitcoin, allowing people to integrate the bitcoin payment form into their business or website.

With its popularity growing more and more, companies will start accepting bitcoins as a form of payment, which will only grow. So you can start spending your bitcoins now on the things you need and invest a little more by the time you are fully accepted.

How to Spend Bitcoin? Here Is the Guide

The information on this website is not intended to be financial, business, investment or other advice, and you should not consider the content of the website as such. Trendsnews.in does not recommend that you buy, sell or hold any cryptocurrency.