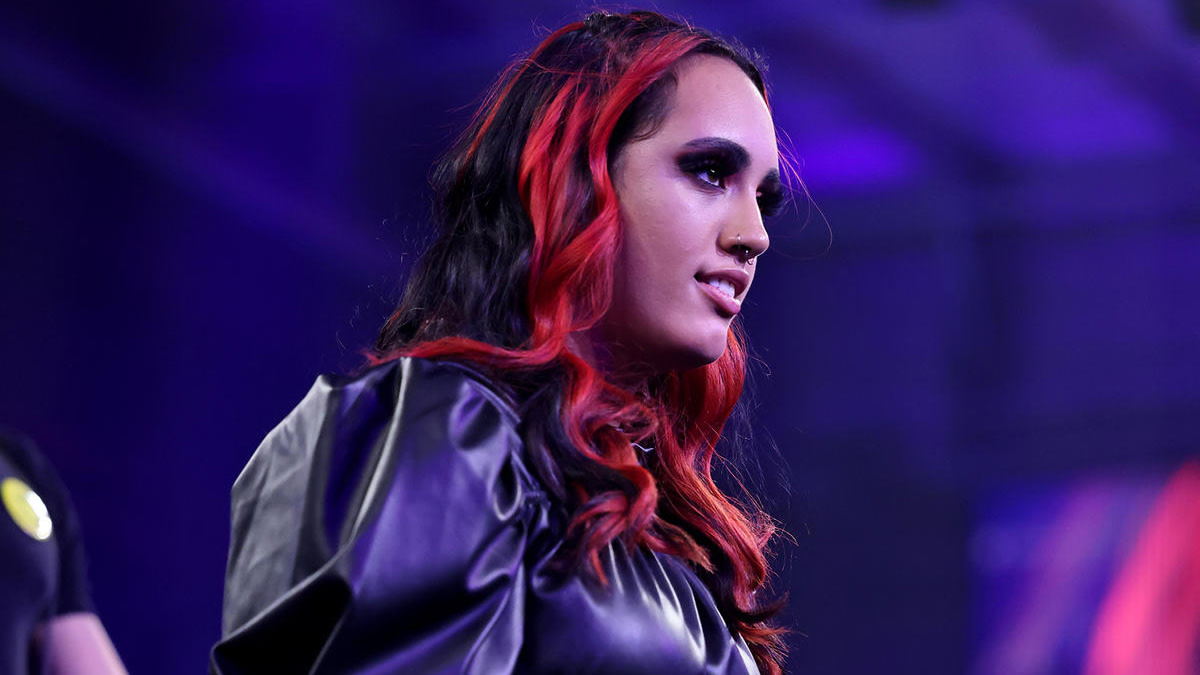 Could The Rock’s daughter, Ava Raine, be the next member of The Bloodline?

Last Tuesday, Simone Johnson — who is the daughter of Dwayne “The Rock” Johnson and known in the ring as Ava Raine — made her debut on WWE NXT when she was revealed to be The Schism faction’s fourth member, who before Raine, featured Joe Gacy, Jagger Reid and Rip Fowler. After Raine was unmasked, she would drop a quick promo.

Not yet wrestling in an official match, Ava Raine has been training with World Wrestling Entertainment for a few years.

Recently partaking in a TMZ interview, The Bloodline’s Jimmy Uso talked about Raine and her debut on NXT. Uso would go on to praise Raine, and that she has the full support of the Anoa’i family throughout her career. Not just that, but Uso also mentioned that she would be representing The Bloodline.

“Shout out to her…anyway the family can get it, I’m all for it. I’m ready to see what she do. I’m ready for her to pop off and represent The Bloodline. So, either way, whether it’s down there [NXT], up on the main roster, I’m with it, I’m all for it. We’re all family bro. We all look out for her. I’m sure she’s got the whole squad on her side, the whole family, her dad, us, the cousins. I’m sure if she reaches out, we got her.”