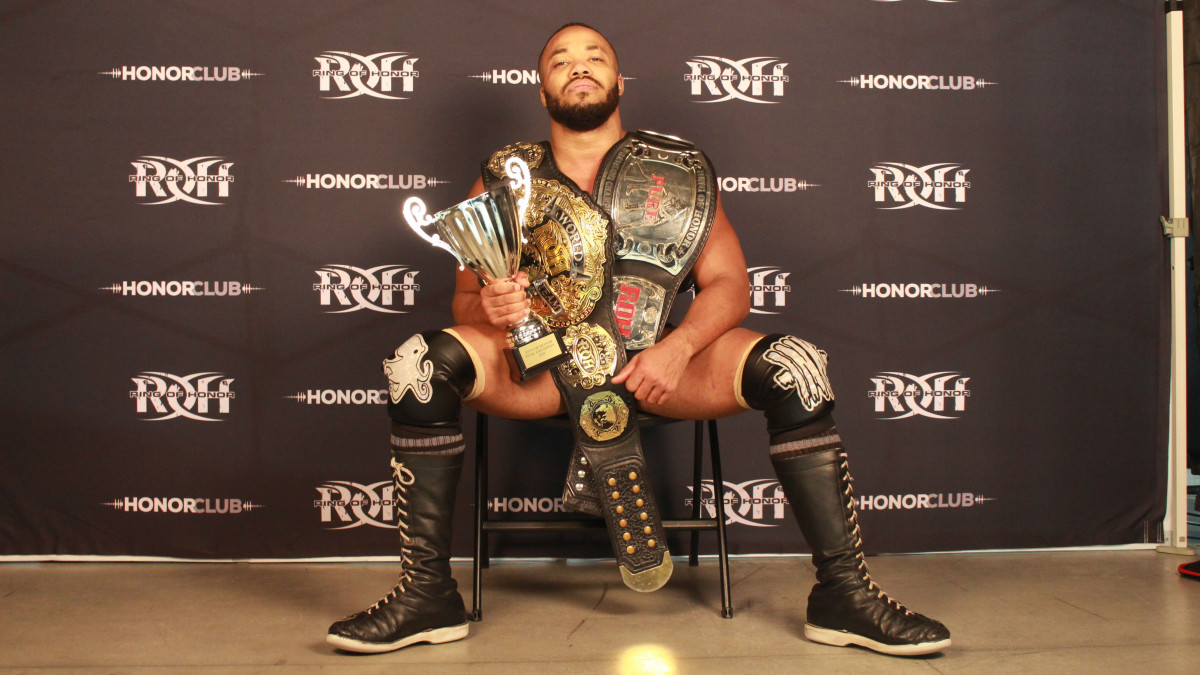 Jonathan Gresham made his return at NJPW’s Night Before Rumble on 44th Street event in New York City. After NJPW Strong Openweight Champion Fred Rosser successfully overcame independent star Crowbar in a non-title match, he was met with a new wrestler’s entrance music. That music belonged to Gresham, who walked out and challenged Rosser for the top title on NJPW STRONG. Rosser was only too happy to accept and the match was made official for the following night.

When it came to the actual match, Rosser was able to overcome Gresham’s technical prowess by using his strength advantage. Gresham made a last-ditch attempt to take out Rosser with stiff elbow strikes but the champ came back with his own strikes and a Sidewinder to retain the title in his fifth defence.

This marked Gresham’s first wrestling appearance since his resignation from ROH and AEW. That resignation is said to have stemmed from creative differences regarding his on-screen character. The last time Gresham was seen on ROH/AEW programming was at Death Before Dishonor when he lost the ROH World Title to Claudio Castagnoli in the opening match.

Jonathan Gresham has presented himself as one of the best technical grapplers on the American independent scene. Aside from being a former ROH World Champion, he has also a former ROH Pure Champion and ROH Tag Team Champion alongside Jay Lethal.

h/t WrestlingInc. for the transcription