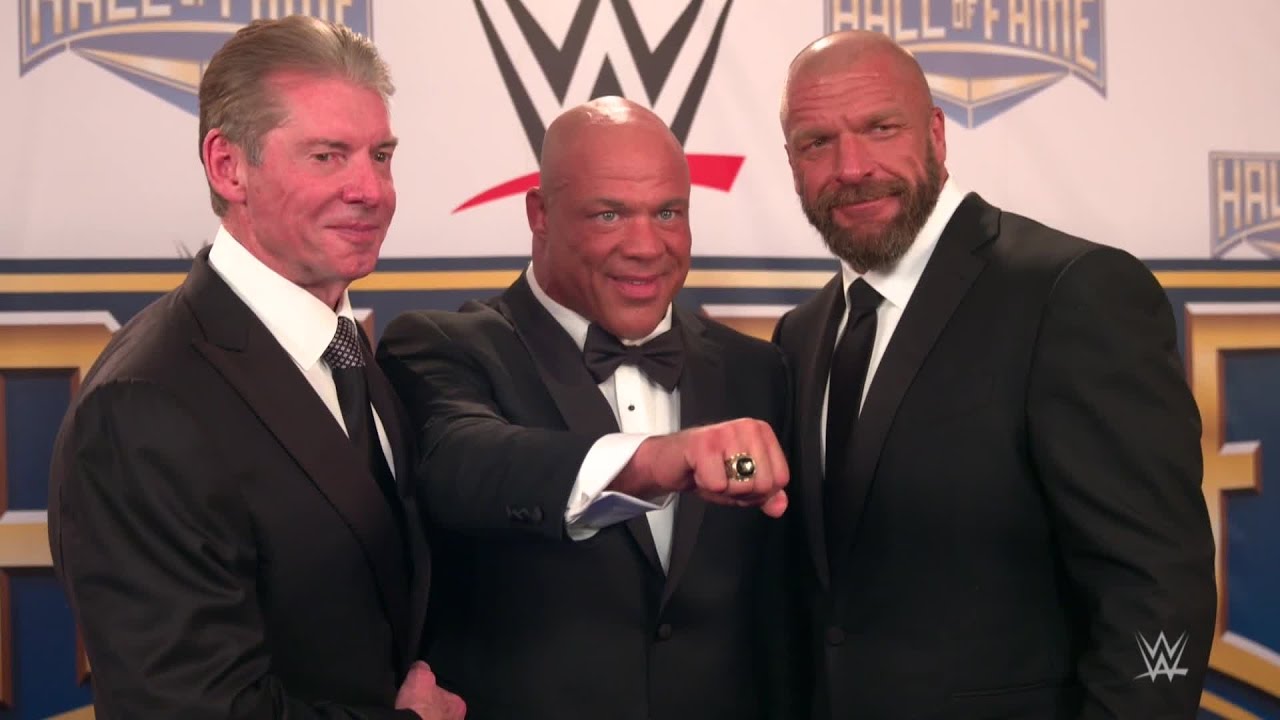 Kurt Angle was known for being one of the most talented WWE superstars ever, but the legendary wrestler revealed that Vince McMahon didn’t like when Kurt would do a top rope move.

During Angle’s career, he could do it all in the ring. Angle was a submission master using the Ankle Lock, he could do any kind of takedown due to his amateur wrestling background, he mastered the German Suplex and other kinds of suplexes like the top rope belly-to-belly suplexes on a stunned opponent. Angle’s finishing move other than the Angle Lock was known as the Olympic Slam, which became the Angle Slam.

Another move that Angle loved to do was a top rope moonsault, which Angle often executed perfectly and got a lot of height when he did it. Unfortunately, there was also a time early in his career when Angle did a moonsault where he broke Bob “Hardcore” Holly’s arm.

During a recent bonus episode of the WWE Hall of Famer’s “Kurt Angle Show” podcast on AdFreeShows, Angle was talking about a match between Josh Alexander and Jacob Fatu from the “Ric Flair’s Last Match” event. Angle was amazed at how well they did moves.

“It’s supposed to be the Lucha guys that do this and you’ve got a fricking 300-pound monster (Jacob Fatu) doing it. It ruins the whole psychology of wrestling. But not in a bad way, in a good way, because it’s so impressive that he’s so big that he can do that.”

Angle recalled that his WWE boss, former WWE Chairman Vince McMahon, got mad at Angle for doing the moonsault too often.

“I got yelled at a couple of times when I first started doing the moonsault off the top rope. Vince was like, ‘Listen, you’re not a small guy, you’re a big guy,’ and I said, ‘Vince, but I can do it, that’s actually impressive.’ He said, ‘Yeah, you’re right, but don’t use it a lot, just every once in a while,’ and he was right.”

In other Angle news, he recently stated that he believes that Seth Rollins is the “next Shawn Michaels” as one of the best wrestlers in the business today.