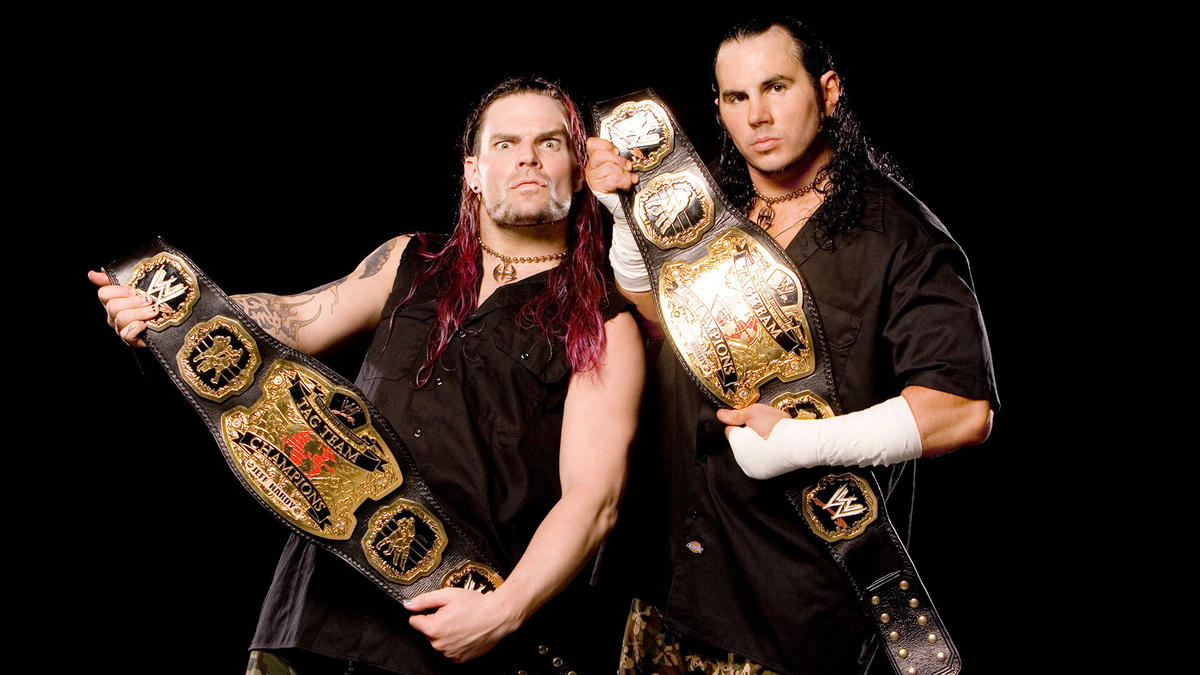 As one half of the legendary Hardy Boyz tag team, Matt Hardy has held a lot of gold in his career and now he’s talking about what title belts looked the best when he was in WWE.

Matt Hardy recently celebrated 30 years as a professional wrestler. During his incredible career, Matt was an 11-time Tag Team Champion in WWE (that includes WCW because they were in WWE when Matt won them) along with two Tag Team Title wins in TNA and another in ROH.

Most of Matt’s Tag Team Title victories came with his younger brother Jeff Hardy while Matt also won the titles in WWE with Montel Vontavious Porter and Bray Wyatt. Perhaps the most memorable Hardy Boyz Tag Team Title win came at WrestleMania 33 in 2017 when they returned to WWE after a long absence and got one of the loudest pops in WrestleMania history.

On a recent Q&A episode of The Extreme Life of Matt Hardy, the former WWE superstar that now works for AEW has offered his opinion on his favorite versions of the WWE Tag Team Titles.

“I would say my favorite belt design is the first-ever WWE Tag Team titles that we won and the ones that were circulating in the late 90s, and early 2000s I love those. I didn’t like whenever they switched to the blue and red belts of the SmackDown tag belts. You know, I love those classic Tag Team Titles because those are the ones, when we were huge fans, we really loved wrestling and we dreamed about having those and then we ultimately won them, which was so super cool.”

The versions of the Tag Team Titles that Matt was talking about can be seen below.

Matt would go on to say that he thought the red and blue WWE Tag Team Titles that currently exist to represent Raw and Smackdown are a step backward from what the Tag Team Titles used to be.

“The blue and red World Tag Team Championship, I thought that was a step back from the other titles, you know, especially the ones that preceded them, the tag titles before them look really, really nice. I think it was a step backward.”