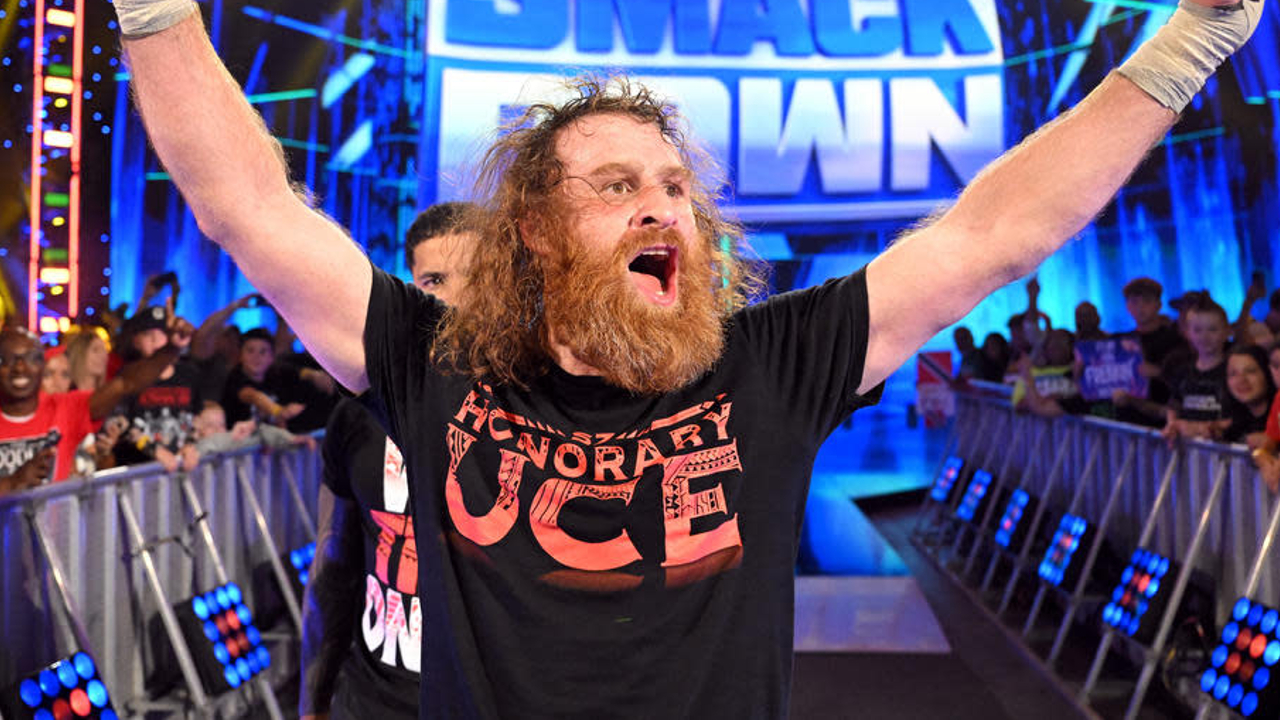 Sami Zayn stole the show on SmackDown with his ‘Ucey’ comments and has discussed how, on occasion, he’s doing his best to get The Bloodline to crack up.

On Friday Night SmackDown, The Bloodline tried to smooth over the cracks in the group as Roman Reigns demanded Jey Uso bury his ill will towards ‘Honorary Uce’ Sami Zayn. Zayn told Reigns that he thinks Jey had not been feeling “very Ucey” lately and the group began to crack up.

Roman Reigns smiled while Jey Uso had to cover his face on several occasions during the rest of the promo while Jimmy Uso in the background did the same due to laughing.

Speaking to BT Sport before the ‘Ucey’ promo Sami Zayn had admitted that once or twice he may have been trying to get the serious group to crack up on television:

“People have made a big deal out of that, about the fact that they’re seeing little chinks in the armor, but to be honest, the reason it’s standing out so much is that it reminds the fans that the performers are really having fun doing this. It’s something that they sometimes forget. We’re enjoying doing this too. There is a real-life chemistry between myself and that whole family. We have always gotten along splendidly and it’s nice to see that the fans are appreciating getting a window into that a little bit.”

“I’ll admit, once or twice, I’m going out of my way to try and get them to crack. Generally, that’s something you have to tread cautiously because if you overdo that, it becomes…you’re just not being professional. Little bits are good, but like anything else, it can be redundant if it’s overdone or if you’re not taking it seriously enough. We are still trying to tell a story.”

“In a weird way, it kind of works for the story because it’s a different character bringing this lightness to an otherwise serious group. The reason it works is because it is art imitiating life and fitting into the story we’re trying to tell. Otherwise, it would just be completely out of place, if that makes sense.”

“If it was Roman and the Usos talking, and they were cracking up laughing, it wouldn’t make any sense because that’s not supposed to happen. I’m supposed to be bringing this lightness to it, so it makes some sense.”

Sami Zayn has gained a huge amount of popularity during his role as the ‘Honorary Uce,’ so much so a new report suggests that Zayn’s popularity has caused another WWE Superstar’s creative plans to be put on hold.