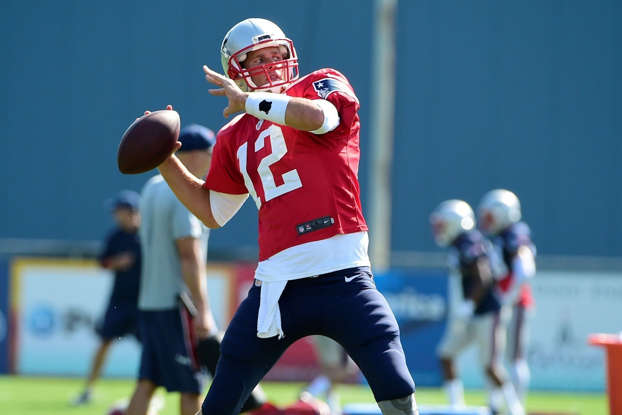 Here are the 20 infamous sports cheaters

In 2010, Bowyer thought he had the third victory of his NASCAR Sprint Cup career at the Sylvania 300 in New Hampshire. Not so fast, Clint. His car failed a post-race inspection, and he was docked 150 championship points, taking him out of contention in the Chase standings.

It’s one thing to cheat; it’s another thing to keep denying it and making excuses. Landis was stripped of his 2006 Tour de France title for testing positive for synthetic testosterone. He blamed the result on everything from naturally high levels in his body to drinking whisky. Landis finally admitted it in 2010.

In 2006, five top-flight Italian soccer teams were accused of match-fixing. Juventus, AC Milan, Fiorentina, Lazio and Reggina were all busted for rigging matches by selecting favourable referees. Three teams were relegated to the second division and Juventus was stripped of its 2004-05 Serie A title.

Cushing won the NFL Defensive Rookie of the Year Award in 2009, and was selected for the Pro Bowl that year. Turns out he had some help: Cushing was suspended for the first four games of the 2010 season after a positive drug test in September 2009.

Jones was once one of the most dominant female athletes in history, but her image was destroyed when she finally admitted to using steroids prior to the 2000 Summer Olympics, after years of repeatedly denying it. Jones was sentenced to six months in prison in 2008 for her part in the BALCO scandal.

Calipari coached the University of Memphis basketball team to a record 38 victories in 2007-2008. An NCAA investigation later vacated those wins, however. Star player Derrick Rose was declared retroactively ineligible for having invalidated SAT scores, plus his brother Reggie had been allowed to travel with the team for free.

The American track and field star is one of the most decorated athletes in the world, but his many accomplishments didn’t come without some shady shenanigans. Lewis actually tested positive for banned stimulants three times in 1988. He was let off without formal punishment, but his rep definitely took a hit.

Pete Rose may be Major League Baseball’s all-time hits leader, but everyone will remember him as one of the game’s biggest cheats. Rose was deemed permanently ineligible for baseball due to allegations that he bet on games while he was playing for and managing the Cincinnati Reds.

Irish soccer fans may want to look away from this one. The French striker pulled a “Hand of God” of his own in the 2010 World Cup qualifiers, twice handling the ball before passing to teammate William Gallas for the match-winning goal. France went through on the strength of Henry’s hands, while Ireland was out.

Sosa’s eye-popping statistics are Hall of Fame-worthy, but his sullied reputation will likely keep him out of Cooperstown. He was one of the big names caught up in baseball’s steroids scandal in the 2000s, and he was even suspended in 2003 for using an illegal corked bat.

Barry Bonds was supposed to go down as one of baseball’s greatest players ever. Instead, his reputation was forever tarnished by the BALCO scandal of the 2000s, when he was indicted on charges of perjury and obstruction of justice. Bonds got nailed for lying under oath about his alleged use of steroids.

The Argentinian midfielder is regarded as one of the greatest to ever play soccer, but he was also equally known for the “Hand of God” goal in the 1986 World Cup. Replays showed that the opening goal against England in the quarter-finals clearly went off Maradona’s hand, and not his head. That’s a no-no!

The Canadian sprinter ran a world-record 9.79 in the 100 metres at the 1988 Summer Olympics. But the victory was short-lived, as just three days later Johnson was disqualified for doping. He later admitted he had used steroids for years, and subsequent comeback attempts ended with further failed drug tests.

Harding was a part of what was easily the largest scandal in figure skating history. In 1994, she was banned for life for her involvement in the attack on fellow skater Nancy Kerrigan during the U.S. Figure Skating Championships. Harding managed to avoid jail time, but her career was still over.

Say it isn’t so! Eight members of the Chicago White Sox were accused of deliberately losing the 1919 World Series in exchange for a hefty payoff from gamblers. All eight men – including superstar “Shoeless” Joe Jackson – were permanently banned from pro baseball for life.

Tom Brady’s coach isn’t exactly squeaky clean, either. Belichick has a “-Gate” scandal of his own, “Spygate” in 2007. A Patriots video assistant was caught taping the New York Jets’ sidelines, recording their defensive signals. Belichick was fined a record $500,000 and the Patriots forfeited their 2008 first-round draft pick.

Armstrong’s public image went from sports icon and cancer survivor to unforgivable cheat. Accusations of cheating followed Armstrong throughout his career as he amassed his seven Tour de France wins. Finally, in 2012 he was stripped of his titles and banned from cycling for long-term doping offences.

A-Rod’s on-field accomplishments have definitely been overshadowed by his admissions of cheating. The longtime baseball slugger managed to duck a long-term suspension for confessing to using banned substances from 2001 to 2003, but was eventually nailed for violating MLB’s PED policy in 2013.

Mike Tyson admitted in 2013 to cheating on drug tests. On the Chelsea Lately show, he explained to Chelsea Handler that he used someone else’s urine. According to him, testers don’t look at the athletes during the crucial moments of the procedure.

The five-time Super Bowl champion quarterback was the centrepiece of the “Deflategate” scandal of 2015. The NFL deemed that Brady was aware of the New England Patriots’ deliberate use of underinflated footballs in the 2014-15 playoffs. Brady was suspended for the first four games of the 2016 regular season.

They say cheaters never prosper, but the reality is that every person on this list has cheated and prospered. Sure, they got caught, but when it comes to sports, winning is everything. Some would consider him the Hall of Shame, but he is also among the best-known sports figures in history.

The 8 infamous sports cheaters (With Image)