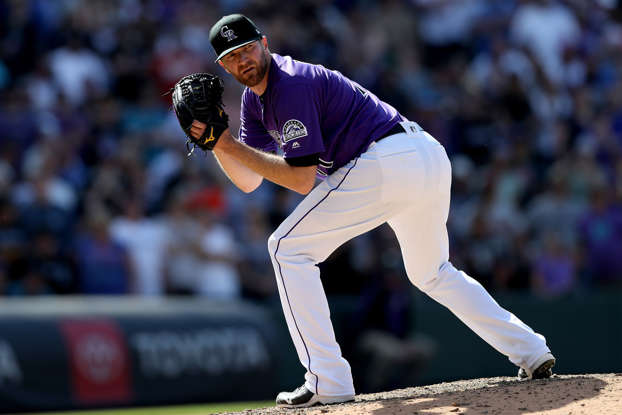 Here are the 19 most overrated players in the league today.

James Paxton holds a very similar problem to Robbie Ray, another player on this list. When his stuff is on, Paxton can be dazzling like he was during his 16 strikeout game against the Athletics in 2018.

Paxton was traded to the Yankees in the offseason and he has been either electric or downright bad. The lefthander is striking out hitters at a solid rate but is giving up a ton of home runs. His ERA currently stands at 4.72 and he has a 1.51 WHIP.

A few years ago, it seemed like Andrew Benintendi, Mookie Betts, and Jackie Bradley Jr. could make up the Red Sox outfield for the next decade. The outfielder became a full-time regular in 2017 and played like a star over the next two seasons.

He has taken quite a dip in 2019, though. His defense, always so-so, is on the verge of becoming bad. He has also taken a step back with the bat as his strikeouts have spiked by seven percent.

Edwin Diaz has quite possibly the most electrifying stuff in all the major leagues. He was neatly unhittable last year for the Mariners and saved an incredible 57 games. He was traded to the Mets in the offseason and the results haven’t met the talent level.

Like in 2017, Diaz has run into major issues with the gopher ball. He has allowed 1.80 home runs per 9 innings this year and that has made it hard for him to remain an effective closer despite the fantastic stuff.

If his career ended today, Madison Bumgarner may have an argument for the Hall of Fame. Amazingly, the lefty is still under 30 years old and should have plenty left in the tank. The results over the last 3 years, though, haven’t quite matched those from the beginning og his career.

Over his first 6 seasons, MadBum was a near-lock for 30 starts each year. He hasn’t reached that number in his last 3 seasons, though he may in 2019. The stuff also hasn’t held up as Bumgarner’s strikeout numbers and ERA have taken a bit of a hit over the years.

Nick Castellanos has the kind of bat any team would be happy to have in their everyday lineup. The righty slugger drives the ball from gap to gap, hitting plenty of home runs and a ton of doubles.

The former Third Basemen’s defense, though, is a major issue. Castellanos began his career at the hot corner but was moved to the outfield a few years ago. At this point, teams wonder if they can even leave him in the field, which makes his move to the Chicago Cubs at the 2019 trade deadline a little worrisome.

Robbie Ray has bounced around a bit for a player with his kind of talent. He has moved from the Nationals to the Tigers and now plays for the Diamondbacks. He has developed into one of the best strikeout pitchers in the game holding an 11.01 K/9 rate for his career.

The problems with Ray are due to both health and his ability to regularly find the strike zone. Though his stuff is fantastic, the lefty walks far too many hitters and is regularly injured. One season, the talent is likely to all come together, but that hasn’t quite happened yet.

The Texas Rangers Second Baseman has almost everything you could want in a player. Odor can hit for power, swipe bases, field his position and he has the best right hook in the game. He has terrible plate discipline, though, and that results in terrible batting averages and OBP’s.

Noah Syndergaard seems tailor-made to be a superstar in New York City. He’s got the look, the talent and a personality that is just the right amount of cocky without being arrogant. He can pitch too, throwing harder than any other pitcher in the Major Leagues.

In his 5th year, though, his potential still remains untapped. Part of this is nagging injuries. Part of this is pitching in front of a poor Mets defense. But in the end, Thor’s level of star power has not matched the results quite yet.

Posey is very similar to Joey Votto, another player who appears on this list. Amazingly enough, though, the catcher may be even more accomplished than the Cincinnati Red. Not only has Posey won 3 World Series, but he also was the MVP of the National League back in 2012.

Catching tends to beat players up early, and Posey has been fighting injuries and ineffectiveness the last two seasons. He is a still a great defender and the hitting bar for Catchers is low, so Posey remains a good player if not a spectacular one.

Gary Sanchez has what scouts would call loud tools. Not only does he have tremendous power, but the catcher is also a good defender with a strong eye at the plate. After hitting 53 homers in his first 175 games, the sky was the limit for Sanchez.

Unfortunately, in the giant magnified market of New York, the Catcher has struggled to tap into those tools. So far in 2019, he’s hit 24 home runs in 77 games, but his 27.4% k rate has led to a .229 batting average. The 26-year-old has plenty of time left to prove himself, though.

Analytically inclined analysts have always been sure that Kevin Gausman had more in the tank than what he was showing. And many pundits thought a trade out of hitter-friendly Camden Yards could help him tap into his potential. Gausman potentially proved them right by going 5-3 with a 2.87 ERA for Atlanta after a midseason trade.

Happy to have him back the next year, the Braves are now getting the version of Gausman that frustrated in Baltimore for so long. Still only 28, the pitcher has time to reach his significant upside.

Kyle Schwarber broke in with the Cubs at a time where he could really make an impact. Even though the one-time Catcher has had trouble finding a position, Chicago always looked for ways to get his prodigious power bat into the lineup.

The power-hitting lefty has not quite panned out the way the Cubs had hoped. The power is very valuable, but at this point, Schwarber has a career triple-slash line of .228/.334./.473. His poor defense, combined with his lack of consistency at the plate has turned him into a big name disappoint.

Wade Davis began his career as a promising starting pitching prospect for the Tampa Bay Rays. After a few years, he was traded to the Royals who converted him to the bullpen. From there, his career took off as he formed a dominant one-two punch with Greg Holland and won the 2015 World Series.

After spending 2017 with the Cubs, Davis signed a lucrative free agent deal with the Colorado Rockies. Coors field has not agreed with the right hander. Davis, who is currently in danger of losing his closing duties has a 5.64 ERA for the Rockies.

Joey Votto slides right into the specific scenario where many players become overrated. Breaking into the league during the 2007 season, Votto played at a Hall of Fame level for over a decade. Then for some reason, the bottom completely fell out.

If you were to look up roller-coaster career in the dictionary you may see a picture there of Jake Arrieta. The right-hander was a top prospect who was never quite able to cut it for the Orioles. After a trade to the Cubs, Arrieta became a Cy Young Award winner.

After a few years in Chicago, Arrieta moved over to the Phillies on a 3 year $75 million deal. He certainly hasn’t pitched like a $25 million pitcher with a 4.51 ERA and a 5.00 FIP.

It wasn’t that long ago that it was easy to call Paul Goldschmidt of the 10 or so best players in the game. And while he remains a very good player, he hasn’t exactly played up to expectations in a few years. The good news for him is he was able to parlay those early seasons into a $26 million deal with the Cardinals.

Goldschmidt, however, has some flaws one typically doesn’t see in a player making that kind of money. His defense, always a negative, has gotten considerably worse. And his offensive production since leaving the hitter-friendly confines of Arizona has taken a major step back.

Baseball history is littered with players who may not have had draw dropping stats, but had skills that didn’t quite show up in the box score. These “intangibles” guys are integral to championship level teams and often overrated by fans.

Eric Hosmer parlayed his World Series success with the Kansas City Royals into an 8 year $144 million contract with the San Diego Padres. Analytically he’s a perfectly effective player, just not that kind of guy. He’s definitely not worth the $18 million a year the Padres are paying him!

Since entering the league in 2009, Rick Porcello has been a largely effective major league pitcher. And some years, he’s been way more than that – especially during his rookie year as well as his 22 win season back in 2016.

The right-hander, though, is not always as consistent as he should be. And his national profile is raised by the fact that he plays for the Red Sox and makes over $20 million a season. Porcello is having an especially tough 2019 with a 5.55 ERA.

It feels kind of weird calling Bryce Harper underrated when he is arguably the most naturally talented player in baseball. And the results are pretty good, particularly in 2015 when he was named the Most Valuable Player of the National League. But the results haven’t met the talent near as often enough.

Harper has an intense personality that can rub some the wrong way. And that intensity has led to many injuries as his aggressiveness leads him to slam into outfield fences. Maybe the best-case scenario would be for him to move to 1B full-time, then he could focus less on his anger and more on his on-base percentage.

The Most Overrated MLB Players of All Time

For most of baseball history, numbers made it pretty easy to tell who was a superstar and who was a role player. Those stats, however, led to things like batting average and earned run average being overrated, while more meaningful stats like on-base percentage were overlooked.

Analytics has now allowed us to see a complete picture of what each player brings to the table. Fans can now better appreciate talented pitchers who throw in tough ballparks or players who create a significant portion of their value by playing incredible defense. These are not those players.

The 8 Most Overrated MLB Players of All Time