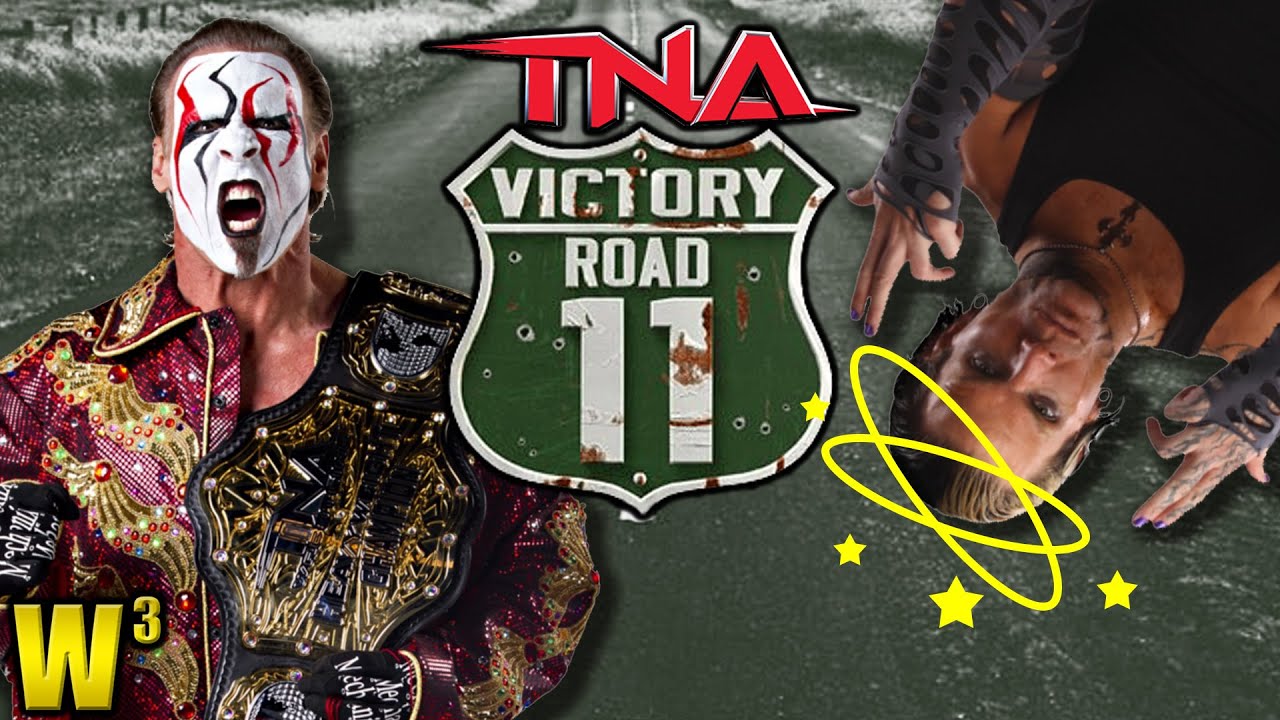 While TNA was once presented as an alternative to WWE, the company’s day in the spotlight came and went pretty quickly. After some horrible issues with upper management, creative and financial issues, TNA would wind down to the smaller, more niche company it is today. However, in 2011, the company was still quite high.

Things would come crashing down in a blaze of glory at Victory Road 2011, one of the worst pay-per-views in modern-day wrestling to date, and quite possibly the worst show TNA has ever put on. Topped off by a horrible main event featuring a drunken Jeff Hardy vs. Sting, the show was a disaster from the start, and while it would feature two good matches, it will remain a stain on Impact Wrestling forever.

Despite featuring a promising card, Victory Road 2011 would be hampered by bad booking and a number of downright disappointing performances and matches. Kicking things off on the show would be a Falls Count Anywhere Match between Bully Ray and Tommy Dreamer, who are now ironically teaming together in Impact 11 years later. Also featured, a horrible First Blood Match between Matt Morgan and Hernandez, that saw the latter spraying fake blood onto Morgan’s chest to win, despite being seen on camera blading and bleeding first.

If that was not enough, a horrible Knockouts Tag Team Championship Match between Angelina Love & Winter vs Rosita & Sarita would provide for a terrible five minute title match that Bryan Alvarez of the Wrestling Observer would give a “minus three stars” rating to. Capping things off for a very underwhelming undercard would be a number one contender’s match between Rob Van Dam and Mr. Anderson. With a shot at the World Championship on the line, the bout would conclude with Anderson hitting his finisher onto RVD on the entrance ramp, while both were being counted out, leading to a double countout with no contender named. It was a frustrating ending that would only worsen following the main event of the show.

Jeff Hardy Vs Sting: The Worst TNA Main Event Ever

It goes without saying, but nowadays, most wrestling fans either know about or have heard about the infamous main event for TNA Victory Road 2011. A No Disqualification Match for the TNA World Heavyweight Championship would see Sting taking on Jeff Hardy in a highly-anticipated match for TNA fans at the time. What they were treated to was one of the worst matches of the year and a humilating moment for Jeff Hardy on live PPV, that Bryan Alvarez would famously rate as “minus five stars”.

Stumbling out to the ring, Jeff Hardy would arrive on the show under the influence and intoxicated. TNA would be forced to call an audible as Eric Bischoff would come out to tell Sting to end things quickly. One Scorpion Death Drop after the bell rang and the match would be over in under two minutes. This ending would leave a lasting stink on the company that still has never washed away to this day. Despite many fans leaving TNA over the years, Impact Wrestling has had a stellar 2022 and has built an incredible roster in their newest incarnation, with this year’s Victory Road being a shining example of their efforts.

TNA Victory Road 2011 Had Two Bright Spots On The Card

While TNA Victory Road 2011 is looked back on as one of the worst shows that the company ever ran, there were two bright spots on the PPV that some fans have forgotten about since. A strong Ultimate X Match would take place in the middle of the show, with Frankie Kazarian defending and retaining the X Division Championship against Generation Me and Robbie E. This would serve as a great showcase for the X Division at the time and would be one of two matches on the show that didn’t upset the crowd and fans at home.

The other match that ended up being a delight for those watching the show would be a nearly 20 minute bout between Matt Hardy and AJ Styles. In the lead-up to this match, Ric Flair would turn his back on AJ Styles and Fortune, aligning with the Immortal faction, specifically Matt Hardy, during this feud between Hardy and Styles. The two would have the strongest match on the card by a country mile, with Styles getting an important win over Hardy as well.

Victory Road 2011: the Most Damned PPV In TNA History