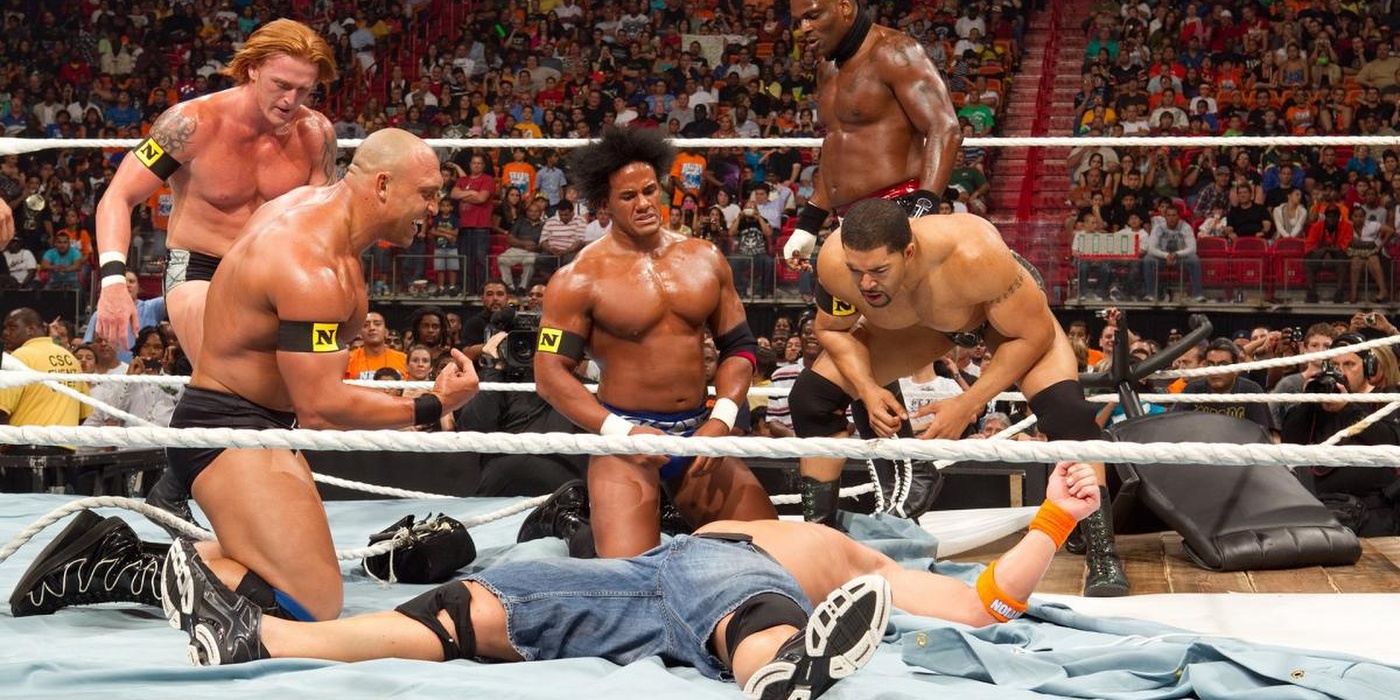 Alot can change in a short amount of time, especially in the world of professional wrestling, and specifically in WWE. In just the 2010s alone, WWE experienced a whole array of moments, changes, controversy, and so much more. With Vince McMahon at the helm, anything can happen, with his mind leading to some truly bizarre things along the way.

10 years is a long time for something like wrestling, and in the 2010s there may be things that happened which fans overlook or forget about, either due to it being completely random, forgettable, or so bizarre that it is hard to even comprehend that it happened.

Mick Foley began wrestling all the way back in 1986, and he embarked on a hugely successful and noteworthy career, full of huge moments, classic matches, and championship victories. However, even in the early 2000s, his career slowed right down due to injuries.

Some fans may remember his brief run in TNA which ended in 2010, but fans may forget that his last ever official match took place in WWE in 2012. This was an appearance in the Royal Rumble match of that year, where he would have a sock-puppet fight with Santino Marella. This marked his final time competing in an official bout.

The New Age Outlaws were a big part of the Attitude Era, with them being an entertaining duo and strong Tag Team Champions. 2000 saw what many thought would be their last ever tag team match in WWE, as they went their separate ways before each leaving the company.

Shockingly, 2013 saw a reunion in WWE, and this would even lead to a Tag Team Championship reign, albeit a short one. This was a weird occurrence, with them defeating Goldust & Stardust on the Royal Rumble kickoff show to win the gold.

WWE has struggled time and time again to get things right with Bray Wyatt, with him losing pretty much every major feud he’s had. Some people may forget that at one stage he feuded with Brock Lesnar, with the Wyatt Family eliminating him from the Royal Rumble in 2016.

Lesnar would defeat Bray Wyatt and Luke Harper in a weird handicap match at the Roadblock event before the rivalry was just abandoned out of nowhere. It was a strange feud which served no purpose ultimately.

The Tuxedo Match is one of the dumbest stipulations in professional wrestling, with fans believing they’d seen the back of it well before the 2010s when Howard Finkel competed in two of these awful gimmick bouts.

In 2012, WWE’s last Tuxedo Match to date took place – on a PPV! At the No Way Out 2012 event, Santino Marella took on Ricardo Rodriguez, and it was just as goofy as expected. It is crazy to think WWE allowed a match like this to have a spot on a PPV.

James Storm is someone synonymous with TNA, and it is hard to really imagine him wrestling anywhere else, especially not in WWE.

However, in 2015 he showed as a surprise in NXT, though it was a very short-lived visit with just two matches before he then left to go back to TNA. NXT was bringing in a lot of big names at the time, but Storm didn’t stick around.

Following the 2016 brand split, SmackDown established brand new Tag Team Titles, setting up a tournament to crown the champs. In a very unexpected announcement, The Headbangers were involved in the tournament, which was a very low-profile yet surprising return.

2016 SmackDown also saw a small reunion and brief run for the Spirit Squad, who hadn’t been seen for a decade on WWE television.

The End Of ECW

ECW was already a dying entity by the time WWE got its hands on the brand, and it ran it into the ground with its own version of it. Somehow, ECW managed to make it all the way to 2010 before it was finally discontinued.

There will be some who forgot that it even made it that far. Ezekiel Jackson would defeat Christian on the last ever episode of ECW to become the final ECW Champion in history.

Bret Hart’s WWE return in 2010 was a major story because aside from his Hall of Fame induction, he had steered well clear of WWE. What fans may forget about this comeback run is that he won the United States Championship.

Hart could barely move in the ring, but he appeared in a selection of matches in 2010, one of which saw him defeat The Miz in quick fashion to win the title, though he would quickly vacate the gold.

Kota Ibushi is one of the biggest names in NJPW, even if his time there has recently been riddled with controversy. He is renowned for being one of the best performers in the world.

In the 2010s, he competed in WWE, being a part of the Cruiserweight Classic tournament, in addition to a surprise appearance on NXT. WWE couldn’t tie him down to a deal though, with him going back to NJPW.

In 1999, WWE produced a famous match between The Rock and Mankind during halftime of the Super Bowl. The pair battled in an empty arena match, with many looking back fondly on it. Mankind would even win the WWE Championship from The Rock on this Halftime Heat show.

In 2019, WWE got the chance to once again put on a Halftime Heat special, which fans may have forgotten about. WWE opted for a six-man tag team match between NXT stars, with this match being the most-watched NXT bout of all time due to the Super Bowl.

WWE: 10 Things You Completely Forgot That Happened In The 2010s

Alot can change in a short amount of time, especially in the world of professional wrestling, and specifically in WWE. In just the 2010s alone, WWE experienced a whole array of moments, changes, controversy, and so much more. With Vince McMahon at the helm, anything can happen, with his mind leading to some truly bizarre things along the way. [Sources: TheSportster]