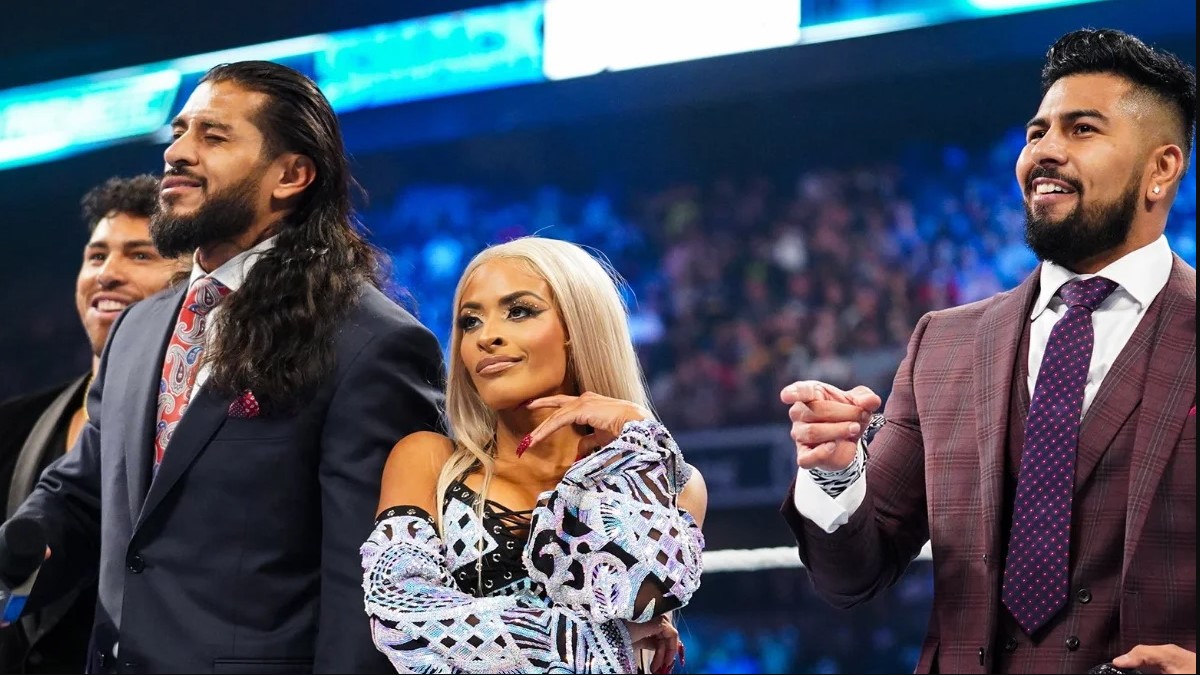 Zelina Vega has spoken confidently about teaming up with Legado Del Fantasma on Smackdown saying: “I’m the person you can trust.”

There was a surprise debut on the October 7th edition of Smackdown when the Legado Del Fantasma group consisting of Santos Escobar, Joaquin Wilde and Cruz Del Toro made their main roster debut. However, instead of their NXT ally Elektra Lopez joining them, it was Zelina Vega returning to WWE with the group.

Prior to joining Legado del Fantasma, Vega was a former manager for Andrade while also winning the inaugural Queen of the Ring tournament in 2021 and she’s also a former Women’s Tag Team Champion.

During a recent appearance on Busted Open Radio, Vega spoke about how she has more control now compared to her WWE roles in the past.

“The nice thing is, I feel I have a little more control over where I’m going now. Now, people are able to see me in a similar light, but they have no idea what’s going to come after this. They have no idea why I’m with the group I’m with. I think all of these questions are going to be answered soon. That’s the fun part. You keep having people wanting more. One thing people have always wanted to see is, ‘when is Zelina going to be in the title picture? When is Zelina going to be the leader for herself?’ I’m gonna be, but I’ve never aligned myself with people that I didn’t see as stars. This group is on another level. To be able to help introduce them to the WWE Universe, it’s a new chapter in my life. I’m excited to bring them to the forefront, but also, I’m right front and center. It’s cool.” Vega is not lacking confidence while addressing what she can add to the Legado group.

Despite having Vega in their career, Legado lost a six-man tag team match to the trio of Hit Row and Shinsuke Nakamura on the October 28th edition of Smackdown. Vega also got physically involved with B-Fab during the match.